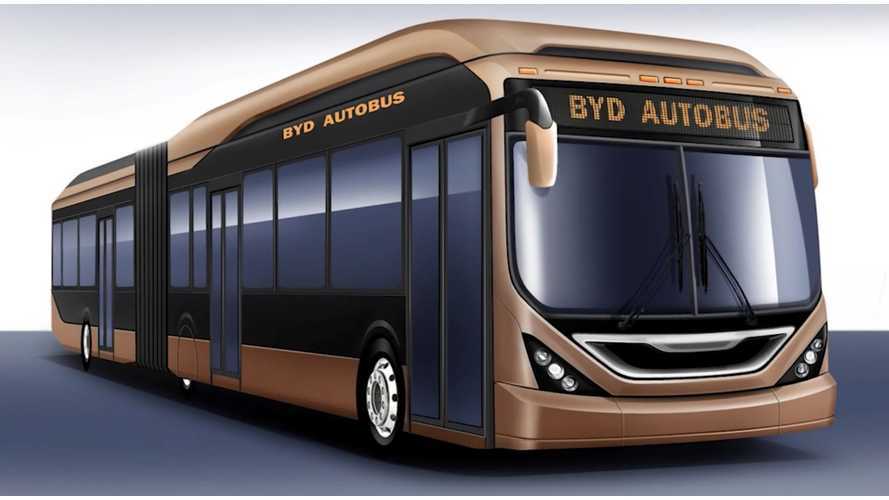 Brendan Riley, VP of BYD Motors, was interviewed on KNEX radio about the BYD Lancaster bus, which was unveiled two months ago at the 2014 American Public Transportation Association (APTA) Expo.

This all-electric 60-foot articulated bus has range of over 170 miles on a single charge and, with two in-wheel motors, has 3,000 Nm of torque available.

Recharge takes just 2-3 hours, if there is an appropriate power supply, probably over 100 kW.

According to Brendan Riley, the latest bus was not only manufactured, but also developed in Lancaster, California.

BYD assume that batteries will last for entire life of the vehicle.