Major in terms of number of vehicles affected, but rather minor (some Chevrolet Volt owners believe otherwise) in regards to the actual issue.

*UPDATE: Though General Motors lists this as a recall and recall notice in its own paperwork and in notifications sent to owners, the automaker has informed us that this is actually a "Customer Satisfaction Program."  However, we firmly believe this to be a safety issue, so we're sticking with the "recall" terminology as it was originally referred to in the notices sent to owners.

Here's the notice that General Motors sent out to Volt owners over the weekend via OnStar:

And the recall number, as well as some info on what's at fault: 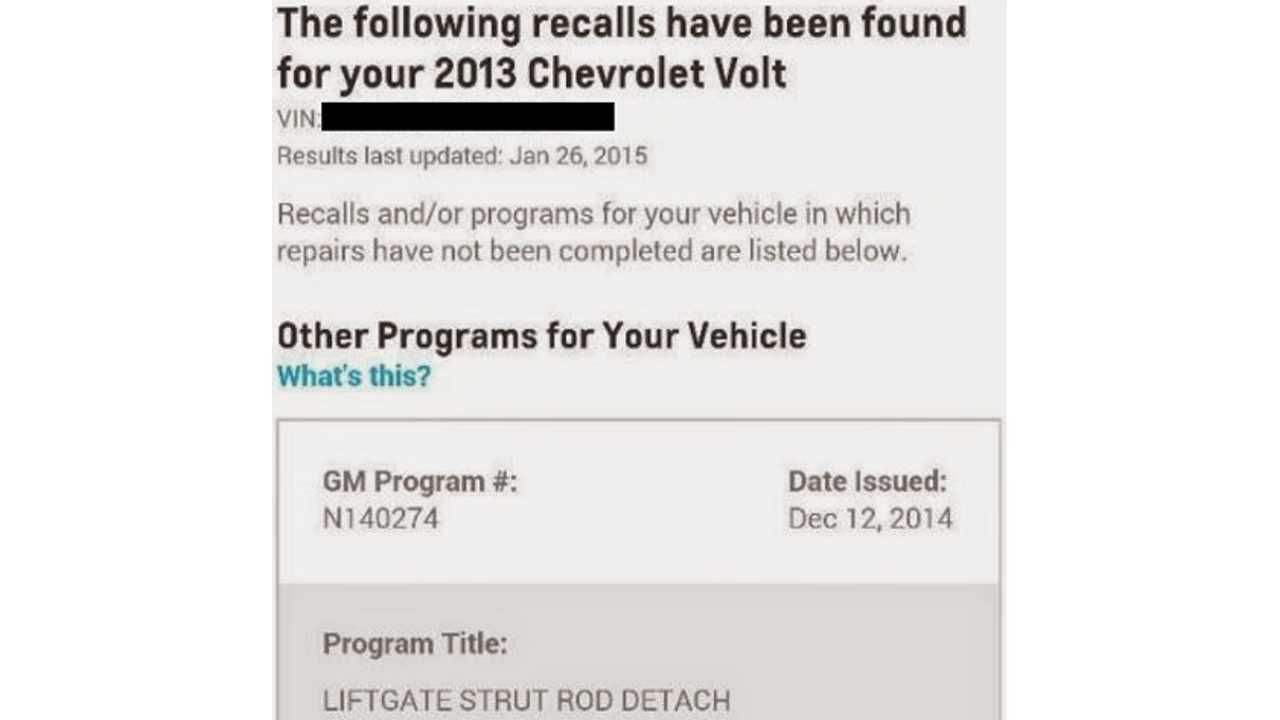 The recall (we're hearing it's officially referred to as Recall Number: 2014274),  involves the replacement of faulty rear liftgate struts.  These struts hold up the liftgate.

If failure occurs, the liftgate could descend, possibly injuring anyone who is loading or unloading the rear cargo area of the Volt.  At this point we want to stress it is not an official NHTSA recall notice.

There have been several reports from Volt owners who have experienced an issue with the strut's ability to hold the liftgate in the upright position.  Some owners have even had the unfortunate experience of being hit by the liftgate as it descends.

Though owners report the issue of the strut's inability to hold the liftgate open at times, General Motors is replacing the strut because it could possibly detach when the liftgate is in the closed position.

It appears as though this recall affects all Model Year Volts, though we can't confirm this at this time.  We do know that 2013-2015 Volts are included in this recall, but we've been unable to confirm if the recall extends to include 2011 & 2012 Volts.

The last recall on the Chevy Volt affected only 4 vehicles built.  This latest liftgate-related recall appears to affect most Volts.