BMW's U.S. Dealership Chairman Comments On i3, i8 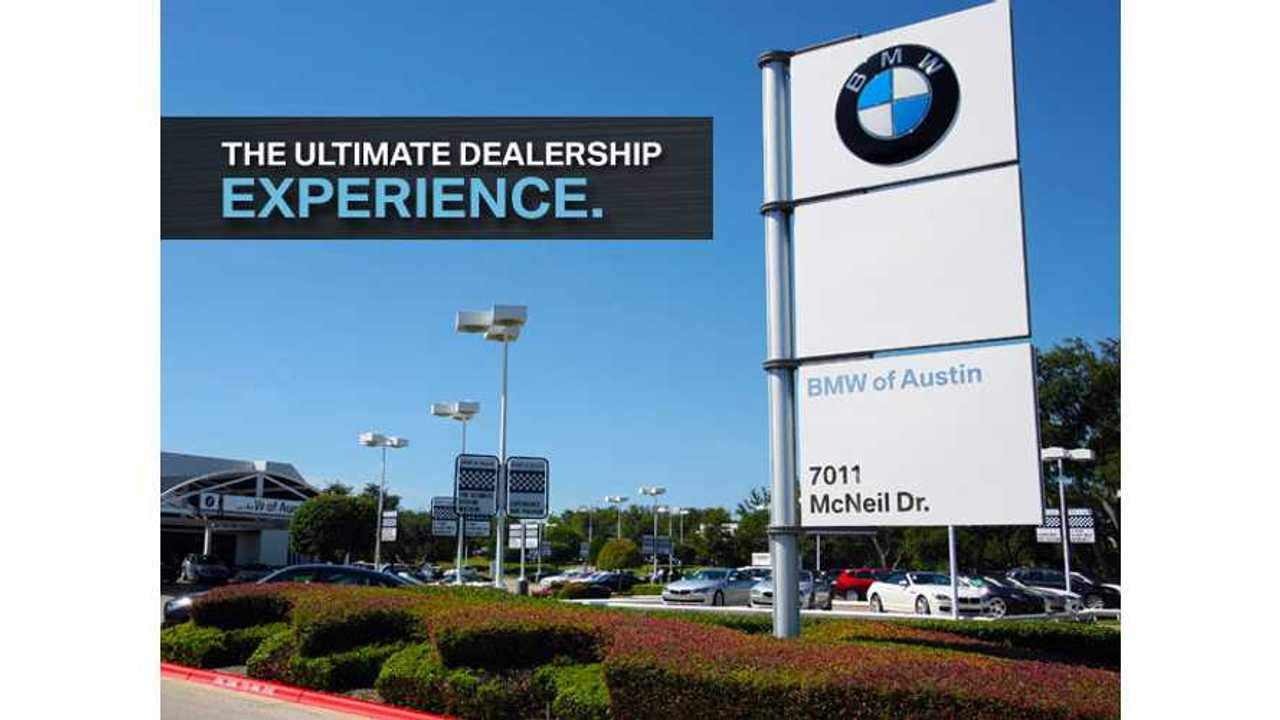 BMW i3 Lease Deal At BMW Of Austin - Click to Enlarge

Recently, at the North American Dealers Association Convention in San Francisco, California, Steve Late, chairman of the BMW National Dealer Forum and president of BMW of Austin in Austin, Texas, commented on both the BMW i3 and i8.

Automotive News asked Late several questions related to BMW.  Below, we present only the i3- and i8-related questions and responses:

A: The i3 was a little slower out of the chute in other pockets of the country, but once it got here and once people saw the technology and the cool interiors -- wham, bam, it is taking off.

Q: How long is the waiting period for either i car?

A: They got a first batch, and that inventory dried up. They asked for extra cars. It isn't such a long wait. I didn't have inventory for three months because everything we sold was pre-ordered. Most of us are turning our inventory. Jacob told dealers they have outsold the original estimates and BMW is upping their allocations.

There is an acute shortage of the i8 plug-in hybrid. Are dealers clamoring for more, and will you get them?

I was allocated three for 2014, and I have a waiting list of 47 people. This year, maybe I will get eight or 10, and I still won't be able to fulfill them. It is the hottest design.

As for over charging for the BMW i8 (something we've seen reported on several occasions), Late says his dealership never over chargers, but notes that it's beyond BMW's control to stop this practice from occuring:

"We do not do that. In my previous life I was a three-generation dealer, we had Chevy stores with Corvettes and hot pickups. My dad always told me those customers will have to come back in three to four years and if you sell them a product above sticker price, it could come back to haunt you. I know BMW frowns on it, too, but that doesn't mean that they can tell you what to do. I am hearing incredible stories of people buying these cars and taking them to auctions and getting crazy money for them."