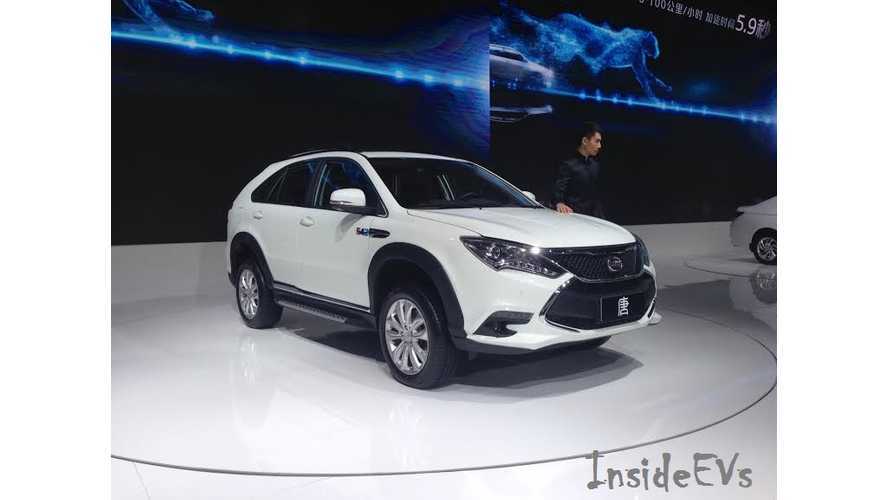 The plug-in electric BYD Qin was an immediate sales success when it launched last year in China.

"Demand for the BYD Tang is said to be incredibly high... The BYD Tang is expected to quickly surpass the BYD Qin's monthly sales figures as China has waited a long time for a PHEV Sport Utility Vehicle."

Tang is available for pre-order now in China.  Pricing starts at ~300,000 RMB ($48,100 USD before EV incentives), there is also a high performance version is expected to cost twice as much.