Cadillac Boss: Plug-In Technology To Be Applied Across Entire Lineup 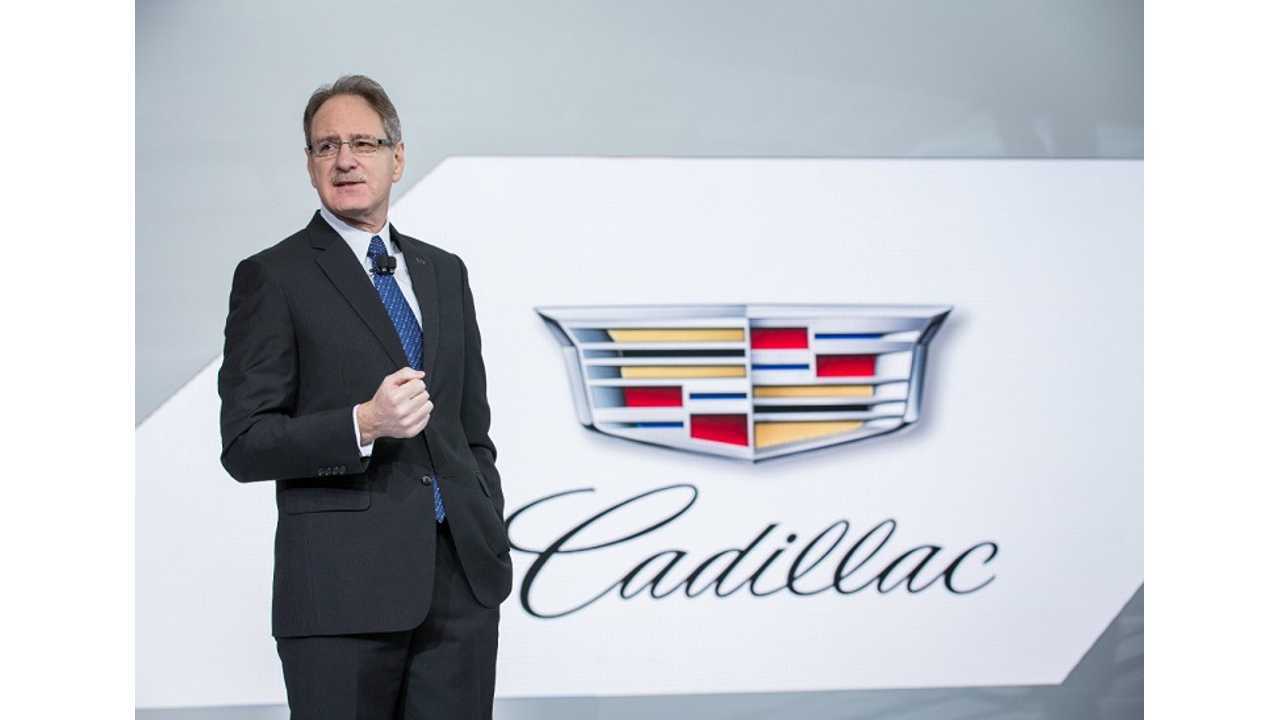 Who is Cadillac Boss Johan de Nysschen when it comes to electric vehicles?

Is he the Volt/EV hater he was years ago when he worked at Audi, the guy who marginalized the ELR, took the next generation off the auto show schedule and put it on production hiatus in 2015?

That is pretty much how we had him pegged...then he delivered the opening speech last week at the Washington Auto Show.  If one didn't know better you might have sworn it was Nissan's Carlos Ghosn at the stand.  Kinda.

De Nyssschen said that the expertise GM has learned from plug-in technology from cars like the Chevy Volt and Spark EV would be "applied across the spectrum of our (Cadillac's) portfolio".

Unfortunately, no specifics were given.

So for now, all we really still know is that the 2016 Cadillac ELR is coming at some point, and a plug-in version of the new CT6 will debut late this fall as a 2016 Cadillac.

The Cadillac boss did say that the start of that expanded new plug-in learning would be to introduce start/stop technology in the lineup to assisted with fuel efficiency and emission.

Overall for the brand, de Nysschen said that Cadillac will introduce eight new models over the next 5 years, five of which will "will take Cadillac into market segments where the brand is not even present today."

Separately, GM is going to ask the 700-odd dealers (out of 929) who sell the Cadillac brand along side Chevrolet to create specialized "boutique locations" for the brand.

De Nysschen said that Cadillac won't be culling the excessive number of dealers in the US, but also said noted last week that, "I am definitely going to be in disagreement with dealers who think they can sustain the business for Cadillac by selling Cadillac out the backdoor of a Chevy store."   It sounds to us like a little war is coming to a Cadillac showroom near you.