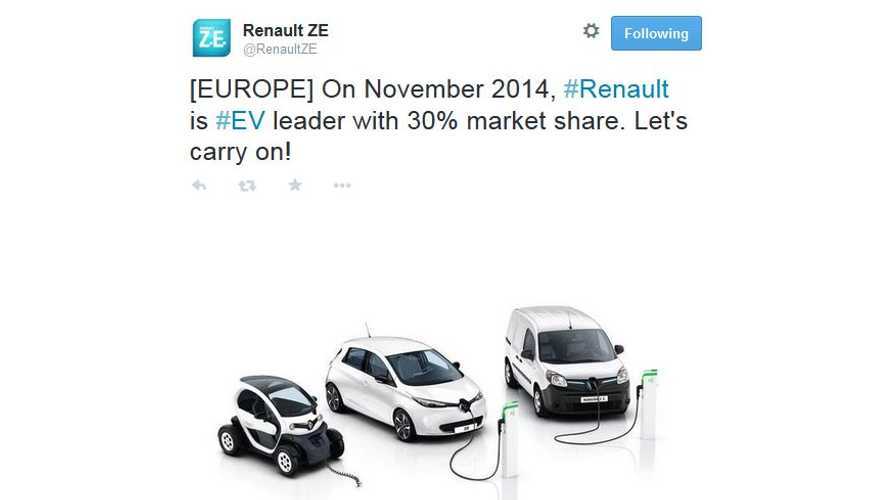 Renault announced, via Tweet, that it captured 30% of Europe's electric vehicle market in November, which apparently made the French automaker the leader in EVs in Europe.

Hot on Renault's heels is its own partner: Nissan.

Combined, Renault & Nissan dominate Europe's electric car market, easily capturing over half of the sales in the plug-in segment.

Now that Renault has made battery purchase available on ZOE and Kangoo Z.E., we expected to see sales rise in the months that lie ahead.  And that updated ZOE, with 8% more range, will surely boost sales too.