Plug-In Car Registrations In Germany Up 26% in November 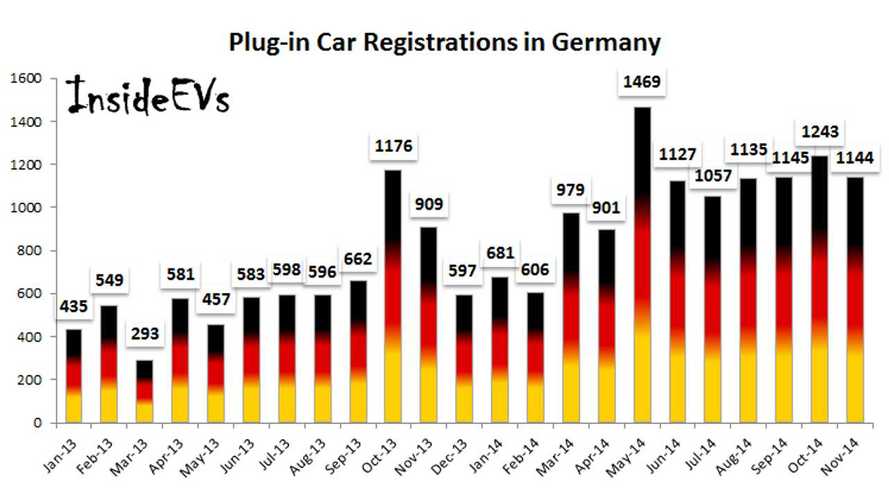 Electric car sales in Germany did not grow over the previous month, but relatively speaking are still nicely improving by 26% over a year ago to 1,144 new registrations.

Plug-in hybrids grew by 238% to 514 over last year (thanks mostly to Audi's latest PHEV the e-tron), while all-electric cars this time decreased almost 17% to 630.

Total market share of 0.5% in November, which  is typical of the last several months.

When we come to the model rank (which never is fully clear in the official registration reports), it seems that the Audi A3 Sportback e-tron lead with 157 registrations.

We could also suggest that the BMW i8 is one of the best selling EV adjusted to its class, as 62 were registred in November and 361 this year.

Tesla Model S for comparision had 57 registrations and 650 this year.

Nissan LEAF with 38 registrations had one of the worst month this year, but 784 YTD isn't bad.