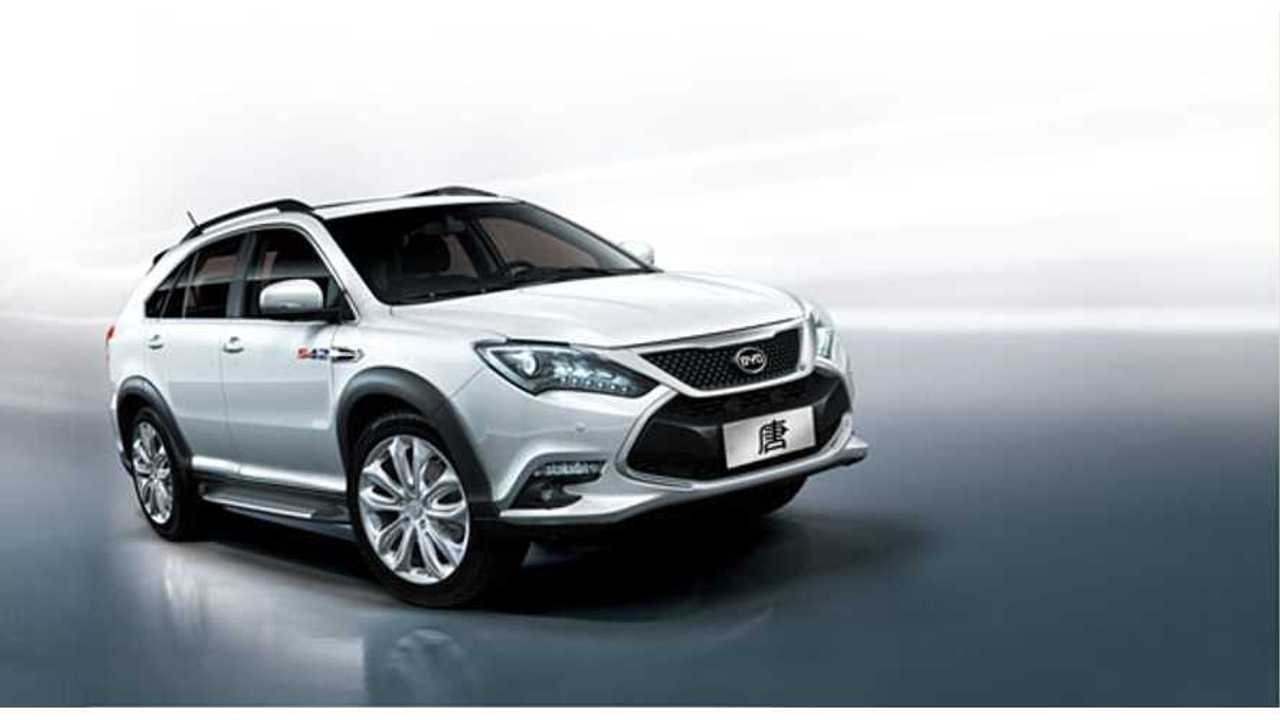 BYD announced that its Dual Mode Electric SUV, the Tang, is available for pre-orders in China.

BYD expects that the Tang will sell even better than Qin, which surely would strengthen BYD's position in plug-in segment.

"The announcement took place at BYD’s Annual International Auto Innovator Conference in Shenzhen. Demand for the BYD Tang is said to be incredibly high after BYD saw record EV sales in 2014 with the BYD Qin now topping the World’s Best Selling EV charts (presently in 5th place in PHEV sales). The BYD Tang is expected to quickly surpass the BYD Qin’s monthly sales figures as China has waited a long time for a PHEV Sport Utility Vehicle."

The price seems reasonable for an SUV that will accelerate to 100 km/h in less than 5 seconds with AWD and some fairly decent all-electric range out of an 18 kWh battery pack.

Similar to the BYD Qin, Tang gets its name from the Tang Dynasty, and is known throughout the world as the most prosperous of all the great Chinese Dynasties. Also announced during the innovator’s conference were two more Sport Utility offerings from BYD that will become available for order later in 2015:

The “BYD Song”, a mid-size SUV along with the “BYD Yuan”, a compact SUV will both cater to China’s insatiable demand for Sport Utility Vehicles, and when powered by BYD’s industry leading 5-4-2 platform are set to redefine limitations of current PHEVs and SUVs alike."