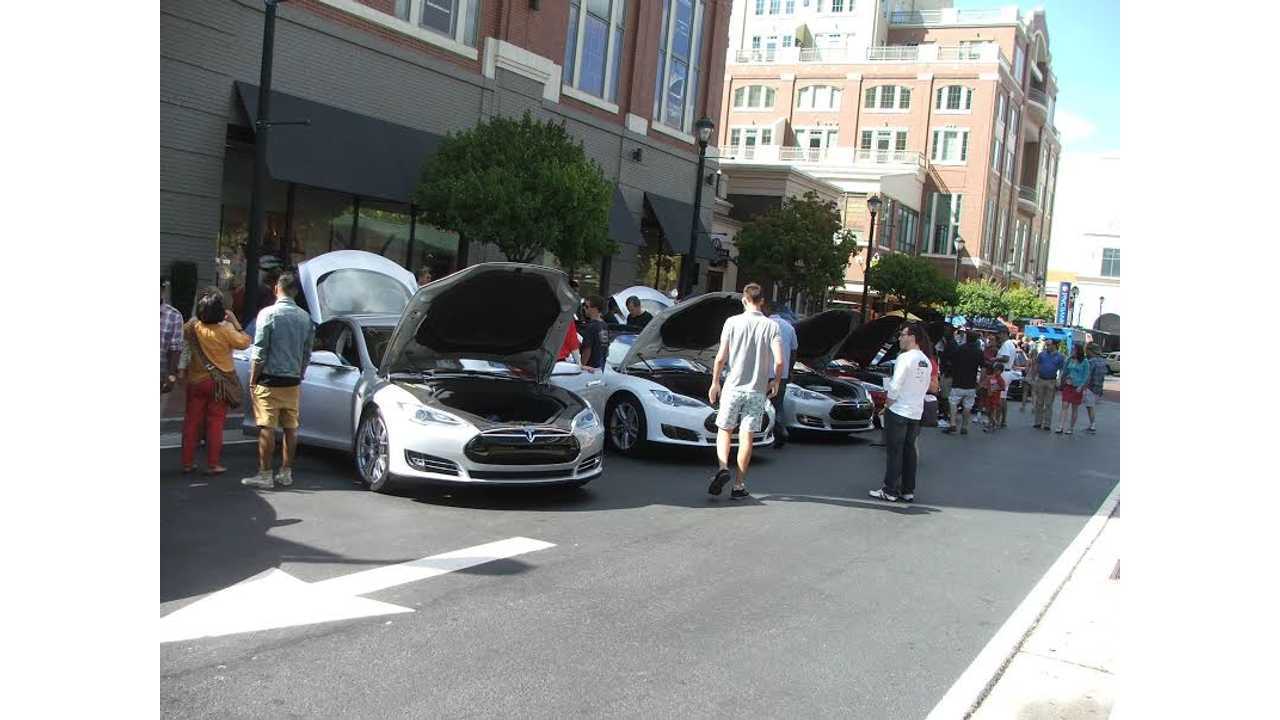 We have to confess that we have a soft spot for National Drive Electric Week each year, and often feature several of the larger meet-ups around the country (in 2014 that included cities such as Huntington Beach and Atlanta).

Now we have a date for the 2015 edition.  So mark your calendars for Saturday September 12th through Sunday Sept 20th, 2015.

"This promises to be an exciting year for plug-in vehicles.  The BMW i3 will be on the road for the first full year, we expect deliveries of the Tesla Model X, an updated Chevy Volt, and greater overall sales growth than we saw last year. We'll have lots to celebrate and to share with new EV audiences." - Tom Saxton, Plug In America's chief science officer

National Drive Electric Week is a grassroots observance designed to accelerate adoption of plug-in vehicles through hands-on experiences with electric cars and motorcycles. Plug In America, the Sierra Club and the Electric Auto Association are national organizers teaming up with local groups across the country and abroad to organize events.

"Electric cars are a key part of our country's clean energy future, and they're a lot of fun to drive," said Gina Coplon-Newfield, Director of the Sierra Club's Electric Vehicles Initiative."We're revved up for National Drive Electric Week 2015, which will offer the public, the media, and policymakers a great opportunity to come check out many of the 20-plus plug-in vehicles on the market."

About Plug In America: Plug In America, a San Francisco-based national nonprofit organization, works to accelerate the shift to plug-in vehicles powered by clean, affordable, domestic electricity to reduce our nation's dependence on petroleum and improve the global environment. The organization conceived National Drive Electric Week (formerly National Plug In Day) and has advanced workplace charging by pioneering regular ride-and-drive events at such leading corporations as Google, Mattel and Paramount Pictures. It developed the world's largest, most dedicated network of plug-in vehicle owners and drivers, many of whom have driven EVs for well over a decade. We drive electric. You can, too. www.pluginamerica.org.

About the Sierra Club: The Sierra Club is the nation's oldest and largest grassroots environmental organization with more than 2.4 million members and supporters and chapters in all 50 states. The Sierra Club's national electric vehicles initiative advocates for a switch to EVs as one important way to reduce emissions and cut our addiction to oil. www.sierraclub.org/EVGuide.