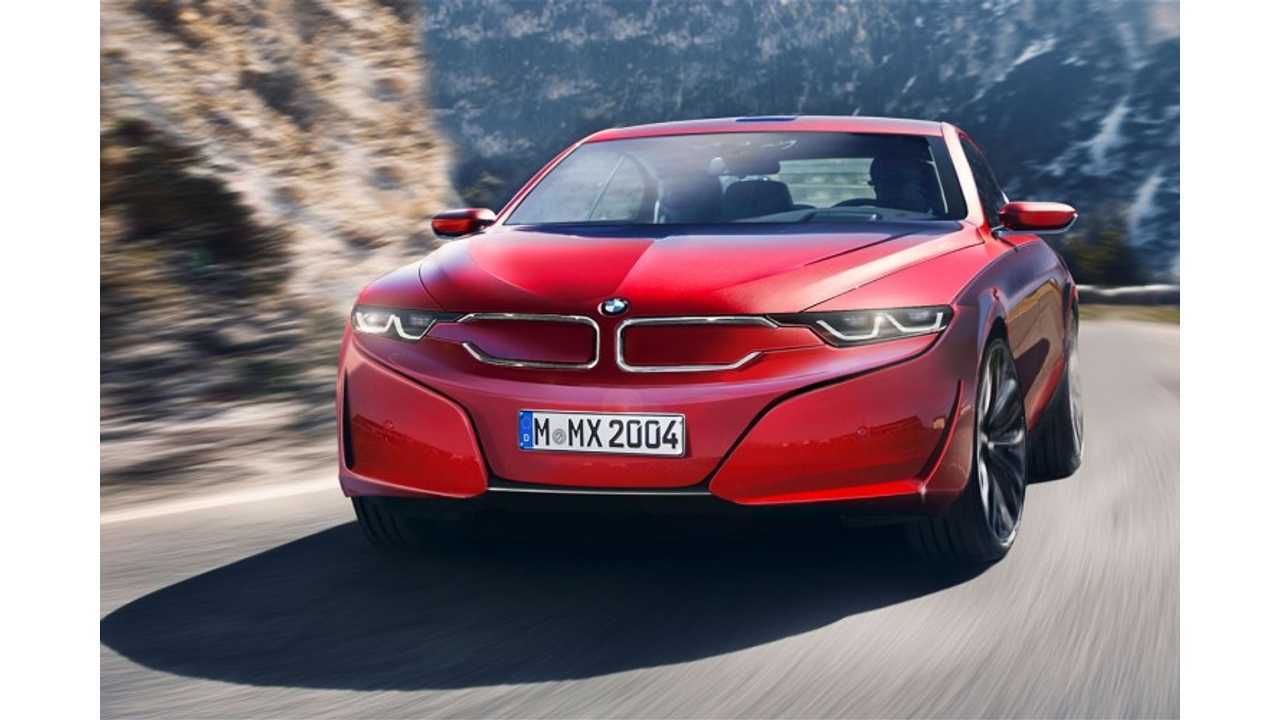 Tesla’s competitor is said to be a four-door plug-in hybrid, sold under the BMW i badge and is due out in 2018. The moniker has yet to be chosen, so it could be the i5 or i7. Same outlet says the car is being described as a low-emissions sport sedan featuring an innovative plug-in hybrid drivetrain, kinda what BMW has already previewed two weeks ago in Miramas.

The extended wheelbase gives BMW designers creative freedom to pen a car that offers ample passenger space and increased luxury. Thanks to the longer platform, the batteries can be arranged between the axles.

We believe that BMW will be using the “35up” architecture due out in 2016 along with the new 5 Series, a measure that will help keep the costs down. The plans are to use an existing factory and build about 30,000 units a year. The suspension, steering, brakes, and basic packaging will be adopted from the 5 Series.

The i5/i7 will boast two electric motors coupled with a gasoline or diesel engine. Depending on the driving situation, it can be electric front-wheel drive, electric rearwheel drive, or gasoline-electric all-wheel drive. The rumormill churns out that the car will have a zero-emission range of 90 miles with the combustion engine typically only cutting in above 40 mph.

BMW’s design team has not finalized the looks of the new car, but they seem to favor a mix of current 6 Series Gran Coupe and next-generation 7 Series styling elements.