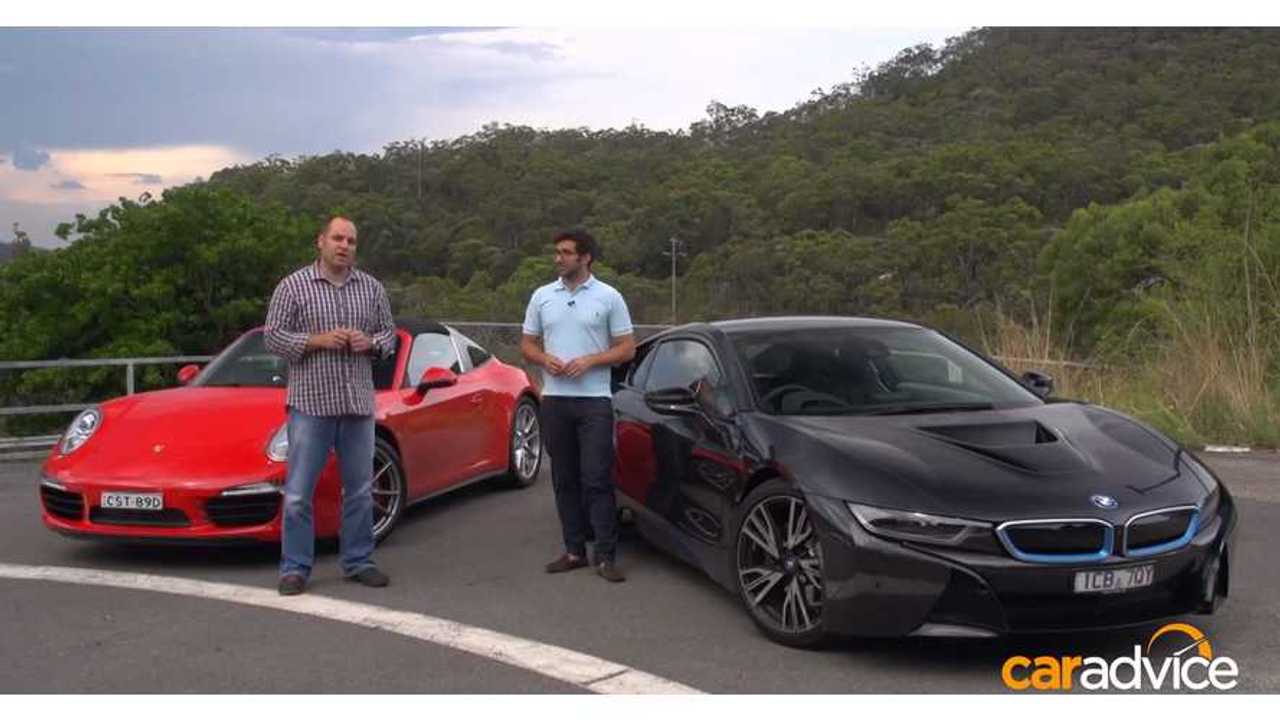 This is not the first time the Porsche 911 Targa and the BMW i8 were compared.

This time, CarAdvice give us its take on the two vehicles. Both vehicles have advantages/disadvantages, so choosing one over the other isn't always easy.

The Porsche 911 is an icon, a supercar classic that has evolved over the decades while remaining true to its design heritage, and long been one of the best cars to drive.

BMW hasn’t even been in the supercar game since the M1, but forget the Eighties because the new i8 is a car that looks ready for the 22nd century.

But what would we rather drive: a piece of history, or the future?

What we have here are $300,000 sports cars. And for $300K what you want is a finely honed German masterpiece, by engineers that have been producing the best for years, full stop.

The Porsche 911 is the all-wheel drive Targa , so I have this cool roof to let the flat six decibels inside.

The BMW represents forward thinking. The i8 makes extensive use of carbon fibre, motived by a three-cylinder turbo with an instant electric motor. That’s to say nothing of its design, which looks like a concept they simply rolled off the motor show floor. -It just oozes appeal, and that’s without even mentioning these doors.

We should note that pricing info above is for Australia.