Map Shows Where Fast Chargers Will Be Installed In Europe 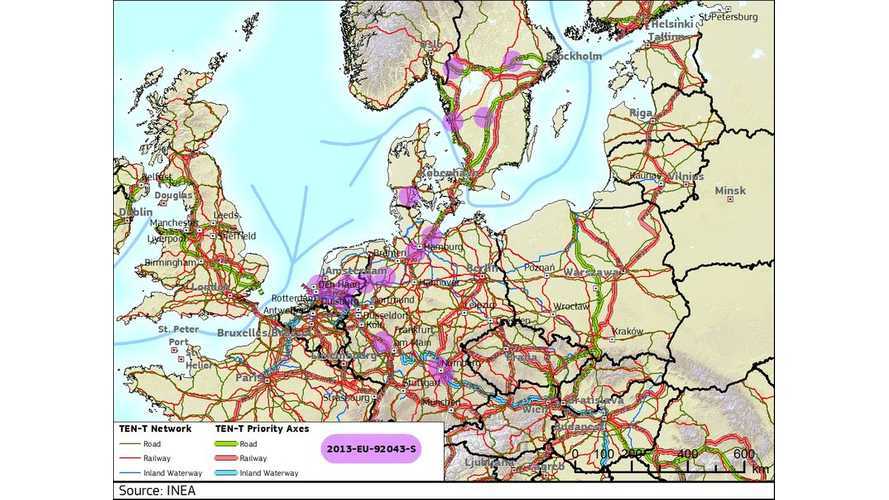 As we already reported, the European Union, under the Trans-European Transport Networks (TEN-T) program, intends to install 155 fast chargers in four countries: 30 in the Netherlands, 23 in Denmark, 35 in Sweden and 67 in Germany.

CLEVER will take on the duties in Denmark and Sweden, while FastNed will focus on the Netherlands and Germany.

50 kW chargers will be installed throughoutt corridors along major highways and here we present the map with important roads in the 2013-EU-92043-S TEN-T program. Those marked by violet bubbles will get chargers and all four countries will be better connected.