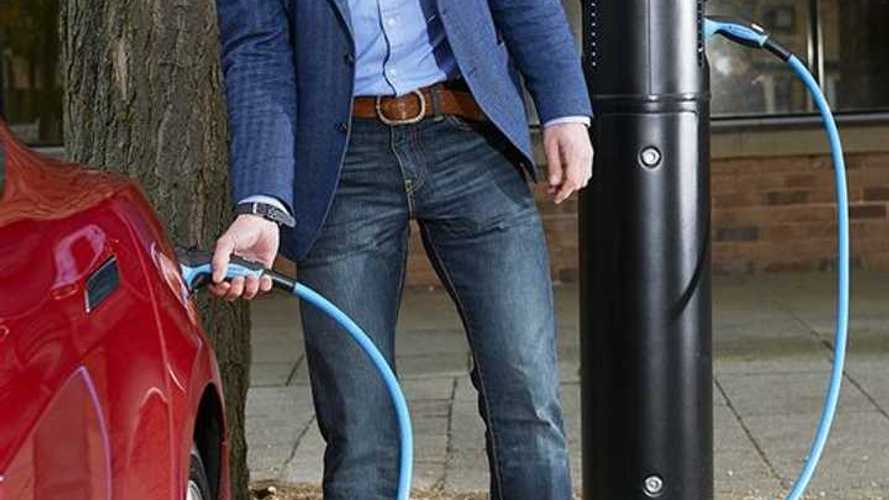 Chargemaster just passed 1,000,000 charges on its network of over 10,000 public and commercial charging points in the UK.

In total, around 9.5 million kWh of electricity was supplied since September 2012.

"The figure is enough for electric vehicles to drive a total of more than 49 million miles – more than 200 times the distance between the Earth and the Moon.*

In 2014, the British firm, which is the country’s leading provider of electric vehicle charging infrastructure, installed its 10,000thpublic and commercial charging point. It was also ranked as one of the fastest growing technology companies in the Sunday Times Hiscox Tech Track 100 league table."

"*Calculation based on an electric car with a 24kWh battery pack and a stated range of up to 124 miles, with the Moon being an average of 238,855 miles away from Earth."

As one would expect, usage of the charging network is accelerating and the second half million charges took one fourth the time of the first half million:

"Chargemaster records all charging events through its Chargevision back office system and while it took nearly two years to rack up 500,000 charges – from the first one in September 2012 to half a million in July 2014 – it took just six months to reach its one millionth charge."

“Figures from our charging network echo the recent good news from the UK motor industry regarding the growth in electric vehicle sales. It is clear that the increasing diversity of plug-in cars available is appealing to consumers and that drivers are recognising the benefits that electric vehicles bring in both reducing their cost of motoring and their emissions.”