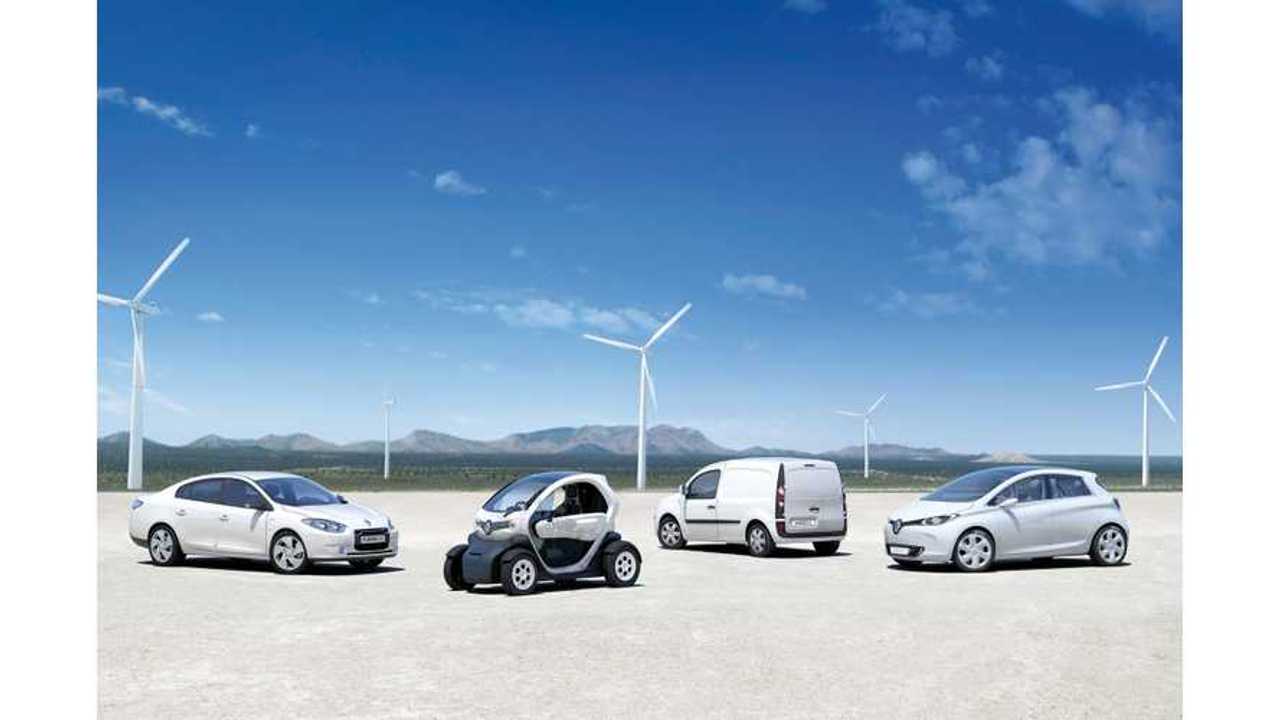 Renault caught wind in its electric car sails and is improving dramatically compared to the previous year and along the way passing the 50,000-units sold mark.

Fluence Z.E. sales were 2, and Kangoo Z.E. seems to be shrinking by 24% to 344 in November. Twizy, with 149, is down 13%, so all the growth comes from ZOE with its battery now available to purchase or lease.

ZOE is the only electric car in the Renault lineup with an improved sales result after 11 months of 2014, compared to the first 11 months in 2013. 10,000 sales in one year is still possible if December brings a new sales record of 1,420.