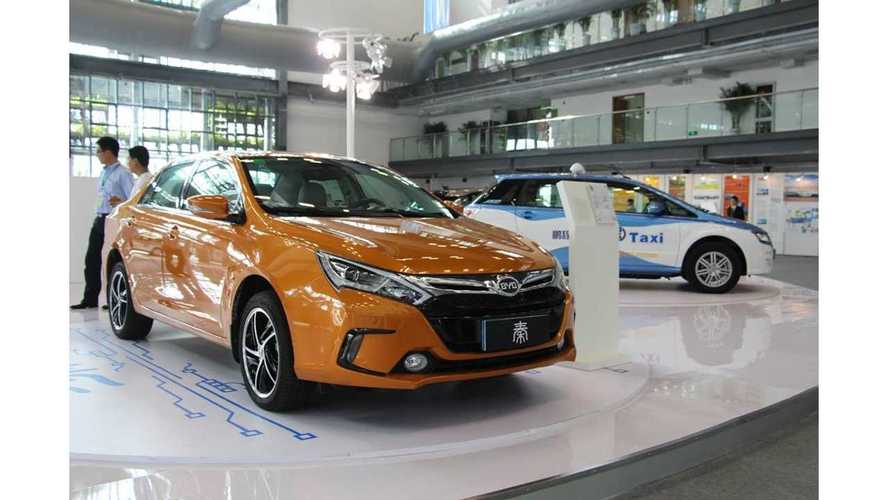 The Chinese government has officially announced a target for plug-in hybrid and electric car sales.

According to the government, cumulative sales of plug-in electric vehicles in China hit 38,500 through the end of September 2014, so there's a long way to go if that 336,000-unit target is to be achieved.

However, sales have picked up in momentum as of late, with another estimated 20,000 moved in Q4.

Even with sales on the rise, it seems likely that China will miss its target, but what's important here is that plug-in electric car sales are moving upwards in China and there's little sign that sales will fall off anytime soon.