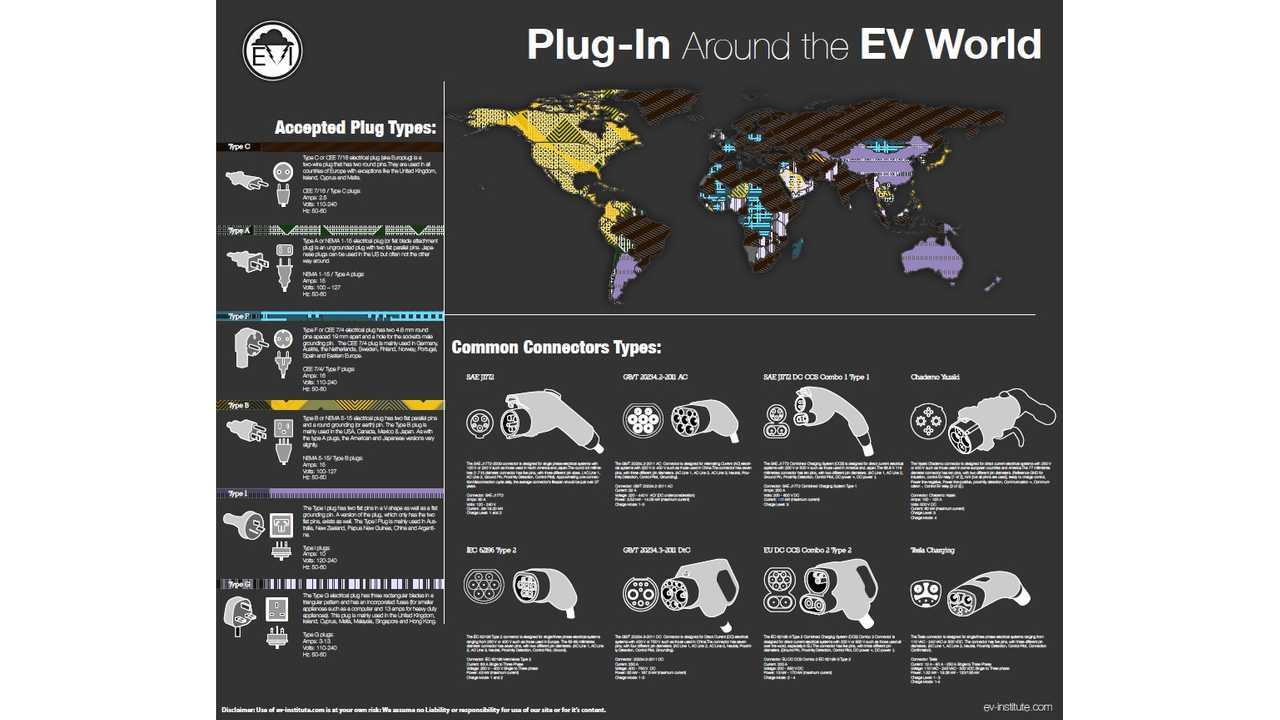 The Electric Vehicle Institute updated its infographic on electric connectors and plugs, which we found awhile ago.

The new updated version of the “Plug-In Around the EV World” can be seen here and we strongly recommend you download if for best quality.

There is new map with the most common household outlets in different areas and a set of eight most popular EV connectors around the world - AC Type 1 and 2, Chinese GB/T for AC and DC, two CCS connectors - European & North American, CHAdeMO and Tesla (NA version as European is compatibile with Type 2).

Well, the only one that tried to be a global standard is CHAdeMO, so you can use it in Japan, Europe, North America, South Africa and even Africa (in most places there are just a few CHAdeMO chargers though). But, it's only for DC charging, and up to 100 kW at best (most are 30-60 kW).

For AC, Japan and North America developed a separate Type 1 single phase standard, which doesn't fit the European 3-phase infrastructure too well, so Europe needed own version. Both then get a DC extension called Combo (CCS). Tesla went down its own road.  China did too and the end result is that there's no global standard.