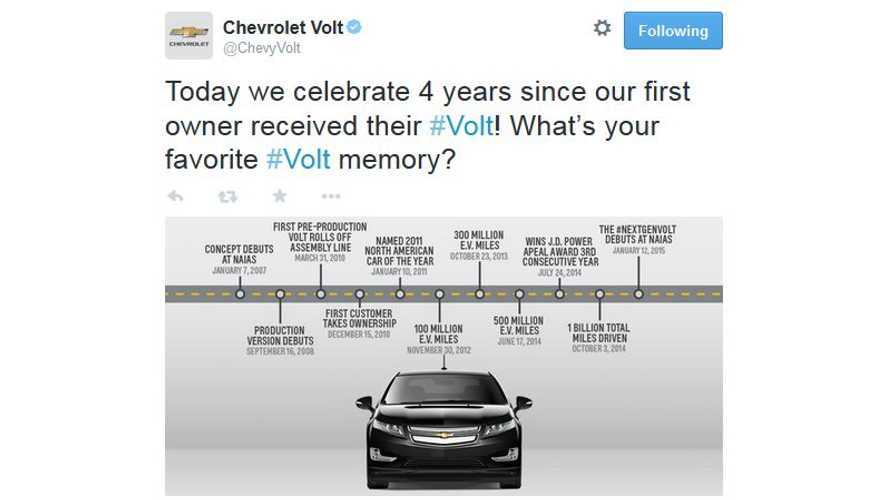 Today marks the fourth birthday of the Chevrolet Volt.

Since then, more than 71,500 Volts have been sold in the U.S., plus the approximately 16,000 Volts/Amperas sold in the rest of the world.

There are some Volts out there with more than 200,000 miles on the odometer.

There are Volts that operate electrically more than 99% of the time.

There are even Volts that have driven over 81 miles on a single charge.

The Volt is easily the most versatile plug-in car available.  It really is the electric car that's suitable for all driving habits/patterns/situations.  It's no surprise then that the Volt is the world's #1 selling plug-in hybrid.

With the introduction of the next-generation Chevrolet Volt now just a few weeks away, we can't wait to see what's in store for round 2.

Congrats to General Motors and the Chevrolet Volt team on developing and manufacturing one of the world's leading plug-in electric cars.  Here's to 4 more successful years!!!