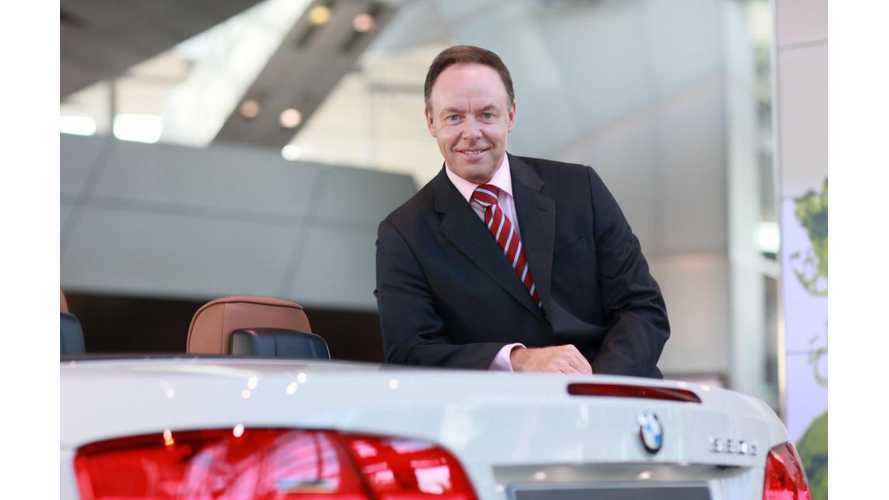 BMW’s head of sales and marketing, Ian Robertson, stated yesterday at the DLD-15 conference in Munich, Germany that cheap gas will likely make electric cars even harder to sell.

We know that gas prices don't impact sales of pure electric cars and  that there's only a slight connection between gas prices and PHEV sales, but perhaps Robertson isn't privy to this factual information.

“There are some short-term changes that will occur in some countries.  There would be some moves toward some bigger-engine vehicles.”

Robertson believes that cheap gas prices could even impact the automaker's plug-in electric car sales in the U.S., but again, he must not have done his homework.

Robertson claims that this predicted dip in sales will not change BMW's future strategies:

“The legislative framework in the U.S. and Europe, China and Japan is clear, and it’s not going to change.  The advent of zero-emission cars is coming, so our strategy remains on that track.”

Why is Robertson convinced that sales of plug-in electric cars will decline due to low gas prices?  Well, as we see it, BMW sells 2 plug-in hybrids (BMW i8 and BMW i3 REx) and one BEV (BMW i3).  PHEV sales do dip slightly when gas prices drop.  BEV sales do not.  Therefore, Robertson could be assuming that the automaker's combined plug-in electric car sales will decline slightly due to cheap gas.  That's a reasonable assumption, but please don't wrongly assume that electric car sales are negatively impacted by declining gas prices.  That's simply not true.