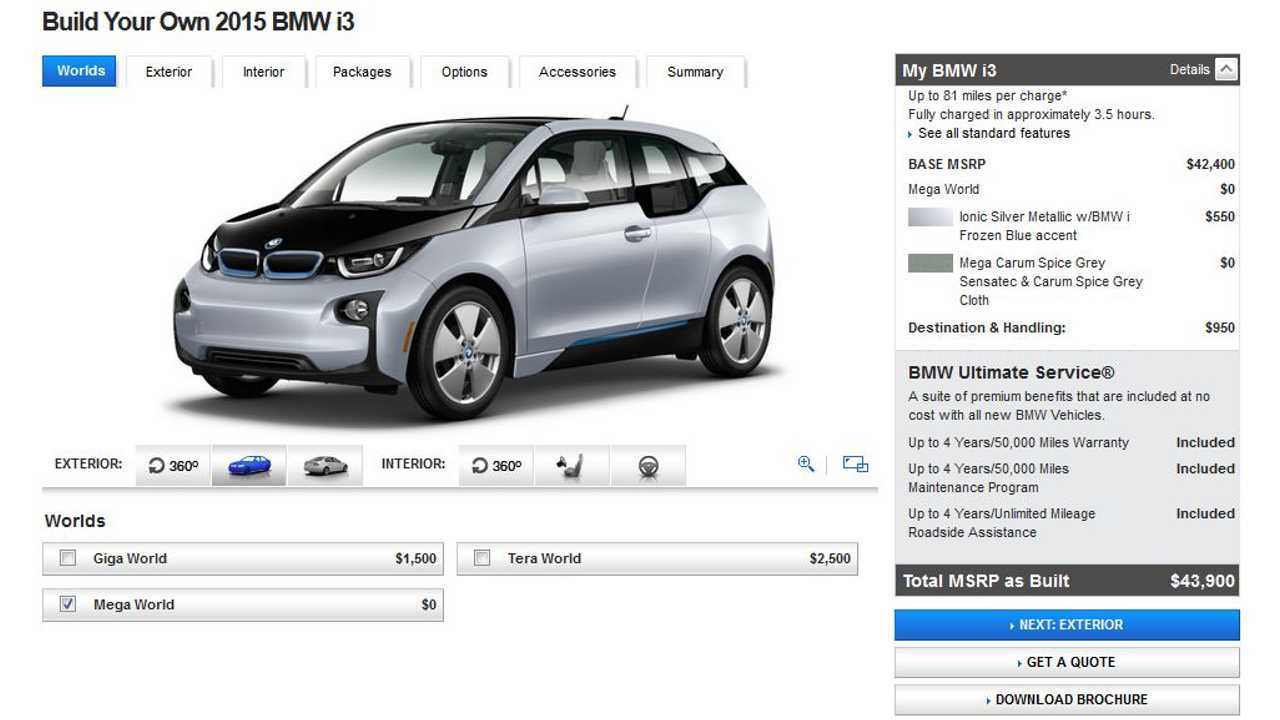 The BMW i3 soldiers on into its second year of availability in the U.S. with only two notable changes: CCS fast charge is now standard and base MSRP is up by ~$1,000.

BMW has wisely made heated seats standard for 2015 too.

So, minor changes for 2015 bring price increases to the i3, but useful features have been added.  Basically a wash, but no price drop as we've seen with most other plug-in vehicles in their second year on the market.