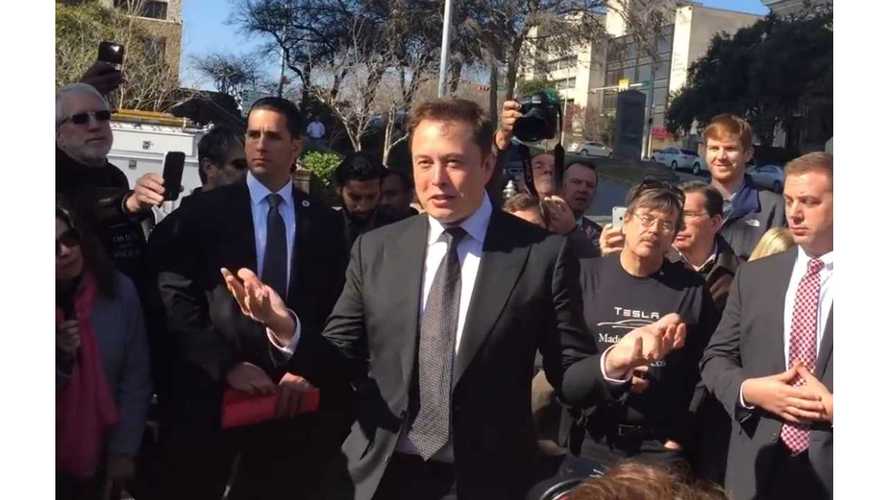 After finishing up an extended talk at the 2015 NAIAS in Detroit, Tesla CEO Elon Musk hopped a flight to the Texas State Capitol (and rendezvoused with a prototype Model X)  to try and convince the government there of the benefits of his company's direct sales model.

Thanks to David Matthis and Raz Freeman's videographing we have some footage of the event,  where another impromptu Q&A session between Model S owners and the CEO broke out..

The main question was asked right off the top - How did it go in there?

"It seemed to go pretty well, I mean it seemed well received."

The battle will not be won quickly or easily in Texas.