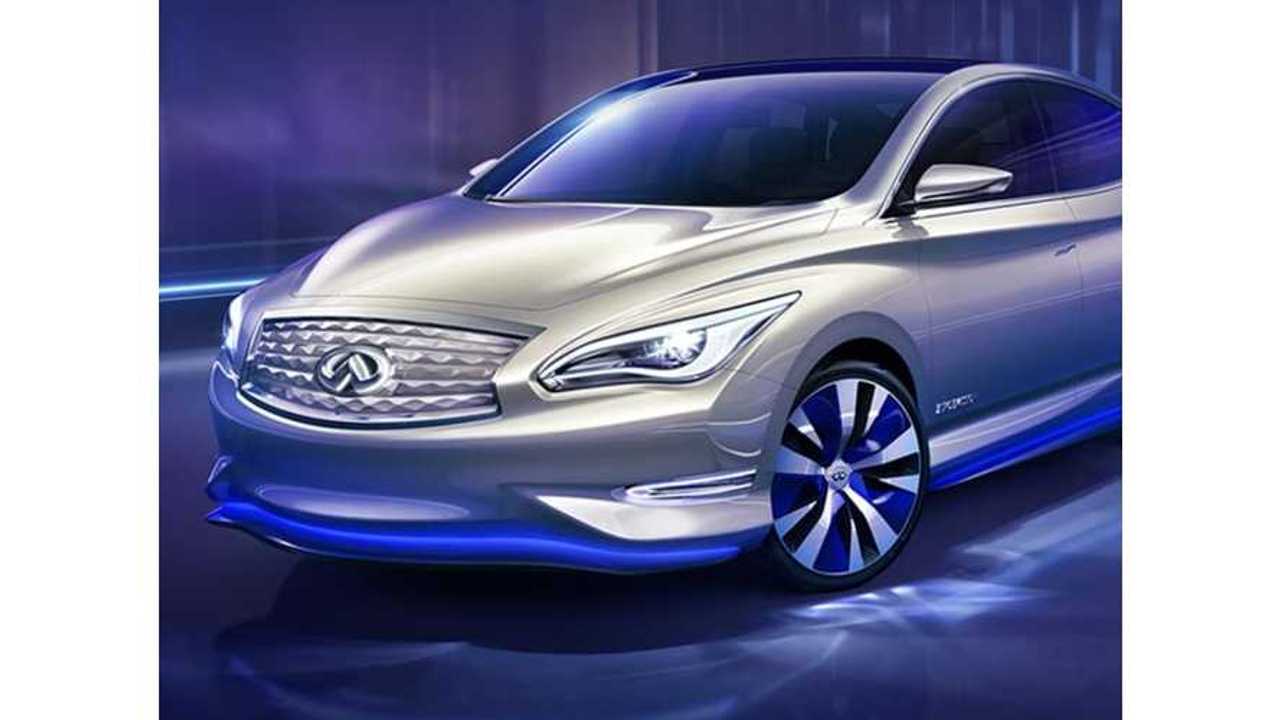 It remains merely a concept for now, but hopefully not for long.

That's the latest word on the fate of the Infiniti LE luxury electric car, which has never been given the production green light despite being first shown 3 years ago and wheeled out on several occasions since then.

"The Infiniti LE, which was shown in concept form at the New York Auto Show three years ago, had been due in showrooms last year. But it never showed up, a project put on hiatus because of other, higher priorities, according to Nissan officials."

"We have to be a little pragmatic," said Michael Bartsch, Infiniti's vice president for the Americas, speaking last week at a preview event for the new Q60 Concept at Detroit's contemporary art museum. For the moment, Infiniti needs to concentrate on high-volume segments, like the performance coupe arena where Q60 would fit."

Why hasn't the LE been given the production nod?  Word is that Infiniti is waiting for the next-generation battery technology that we'll find in the upcoming 2018 Nissan LEAF.  That LEAF is expected to double the range of the current LEAF.