The competition in the electric vehicles market is bound to get tougher. While BMW has been at the forefront of the EVs revolution, other premium automakers have been slower to adapt to the market and customers’ demands. But things are changing. Audi is getting serious about the EV field and they released a spending plan of 24 billion euros ($28.3 billion) on technology and EV production in the next five years.

Audi has already invested heavily in the electric-powered Audi R8, pushing the high-performance model into a niche of its own.

Audi R8 with an electric-drive is set for unveiling later this year. It will cost around $115,000 and it will provide the car maker with all the public interest and headlines it needs for their electric car range, providing the incentive to push similar solutions in the rest of their lineup. 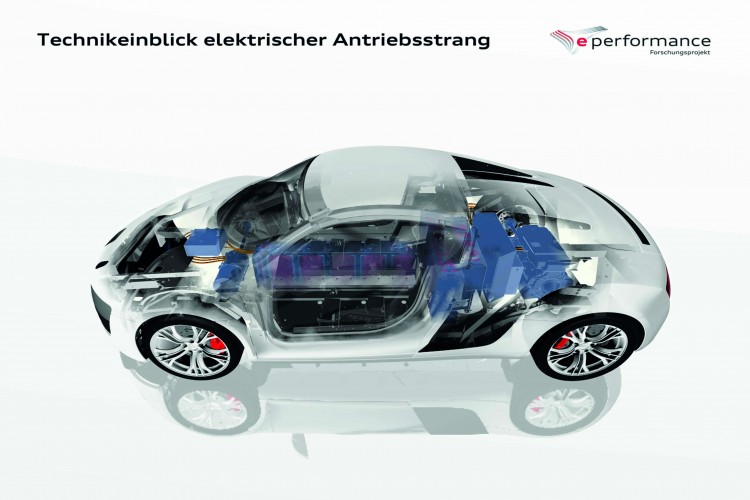 While BMW still delivers a great hybrid sportscar – the i8 – which can also run on electric-power only, the Bavarians have yet to offer a fully electric supercar. An i8 EV seems unlikely for now, but future market trends might change the outlook.

While the current prototype of the electric-powered Audi R8 has a range of 134 miles, the production version should double or even surpass that goal when it reaches showroom floors. This was confirmed by Markus Enzinger, Audi’s head of electric drivetrain development. This puts Audi toe-to-toe with the biggest name in the electric car market – Tesla Model S.

The 300 mile range is the target goal for many car makers, and if Audi makes the stated 260+ mile range, then we competition will heat up. Audi is also expected to follow with other electric vehicles in the future.

A delay in the production of the E8 E-Tron has been attributed to Audi’s unwillingness to launch a flagship electric car without packing the most advanced battery tech and highest performance. Audi’s engineers believed the battery output was not sufficient for the ideal range of the R8 E-Tron.

The battery tech is expected to improve significantly in the next few years which will drive a new range of electric vehicles being developed. BMW is already planning an i5 model, Tesla is touting their 3 Series killer – Model 3 – and Mercedes-Benz is launching the EcoLuxe program aims to produce four different electric cars across two different class sizes. Including a large, long-wheelbase crossover SUV similar in size to the current Mercedes-Benz GL.

The premium electric vehicles market will be the new battle ground for the Germans and innovation and competition will deliver in the next years some impressive products to consumers.