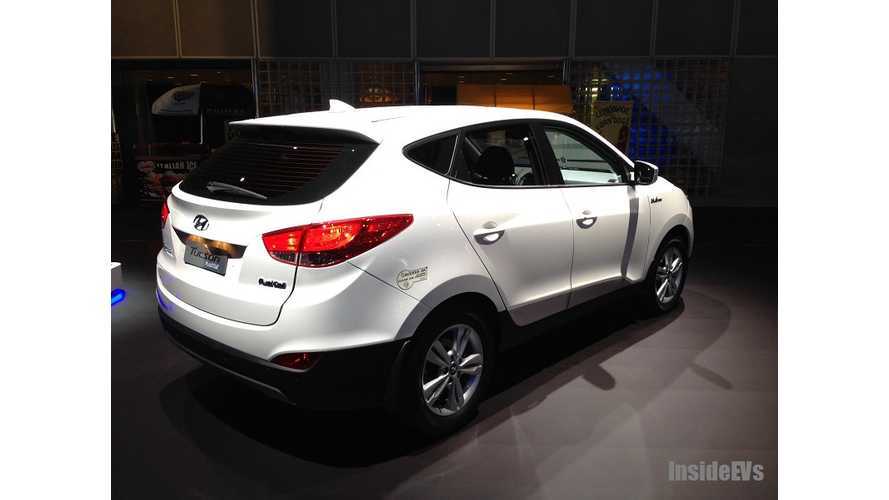 “Hyundai Motor recently informed Gwangju City, a major local buyer of the Tucson FCV, of its internal decision to cut the car price,” an industry insider close to the matter said on condition of anonymity last week."

“Hyundai Motor made the move, pressed by Toyota’s fast move to create a market for its first fuel cell car Mirai, armed with bargain-price,’’ the insider said."

Hyundai had to cut the price is it wanted to be competitive.  Here's the current pricing structure of the Tuscon FCV and Mirai, according to Korea Herald:

So, as of right now, Mirai is (even with currencies converted) approximately half the price of the Tucson FCV.

"However, Hyundai seems to need more time to decide how much it will reduce the price of its strategic eco-car..."

“It is a possible scenario for Hyundai to choose a bold price-cutting option, considering a wide price gap between the Tucson FCV and Mirai,’’ said Kim Phil-soo, an automotive engineering professor at Daelim University."

Sales of the Tucson FCV are weak.  Hyundai reports selling only 10 in Korea in 2014, while Toyota says that it has taken over 1,500 orders for Mirai in Japan.

There's little hydrogen infrastructure in Korea (10 nationwide right now), whereas Japan is moving quickly to get hydrogen fueling stations up and running (100 by the end of 2015).