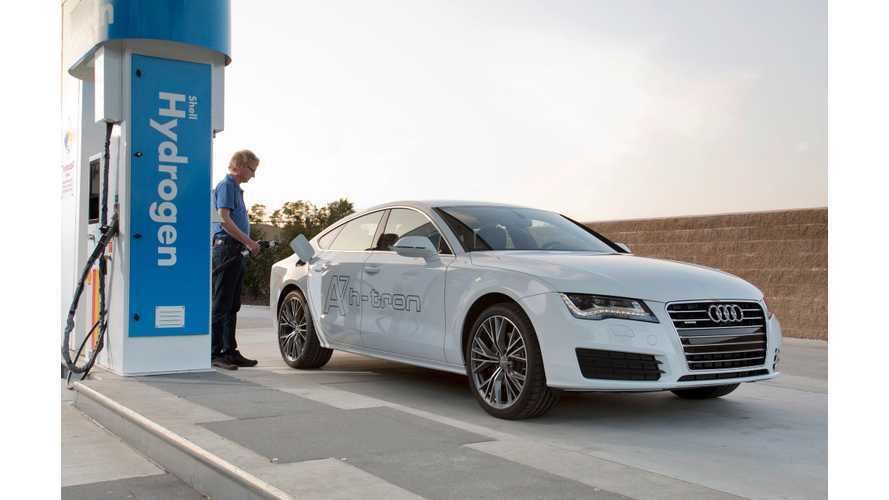 As one would expect, the answer presented by Seba is that hydrogen fuel cell cars make no sense at all.

Seba explains a little bit on how hydrogen could be produced, what efficiency we could expect and stresses that there is now no infrastructure.

Maybe the most important part is that, according to Seba, talks with automotive representatives shows that, in the best case scenario, hydrogen at stations would need to be sold for the equivalent of some $4 a gallon (ouch!).

"How do Hydrogen Fuel Cell Vehicles compare with Electric Vehicles?

How do HFCVs really compare with EVs? Is hydrogen really clean? Is it renewable? Do HFCVs have a chance against EVs?

This video looks at the facts to compare HFCVs and EVs."