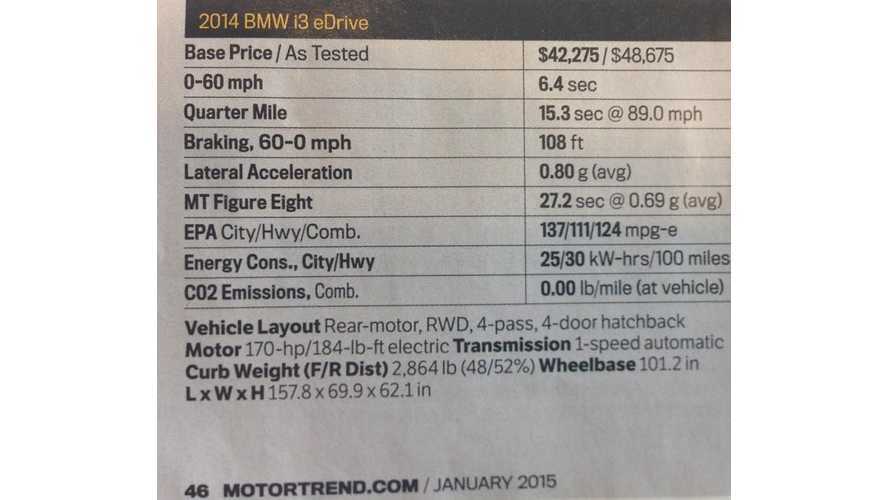 BMW i3 BEV owner Peder Norby (InsideEVs contributor) tipped us off to a Motor Trend test article of the battery-electric version of the BMW i3.

Of particular interest are a few of the test figures:

The 6.4-second time is one-tenth of a second quicker than what Car & Driver posted, but a full six-tenths quicker than BMW's officially posted time of 7.0 seconds.

Indeed, the BMW i3 is unmatched in this category.  Why the impressive braking performance?  Some think the skinny tires would hold in the i3 back here, but the truth of the matter is that the low curb weight of the i3 (combined with a solid braking system) allows it to excel in this category, despite those tires.  Wider tires could improve this figure slightly (a few feet), but they would add weight, which would negate some of the gain.

Where those tires show any weakness is in the 0.80 g lateral acceleration (mediocre, think Honda Accord or Subaru Legacy territory) and MT figure eight 0.69 g (approximately equivalent to the Motor Trend result for the Mini Cooper S).