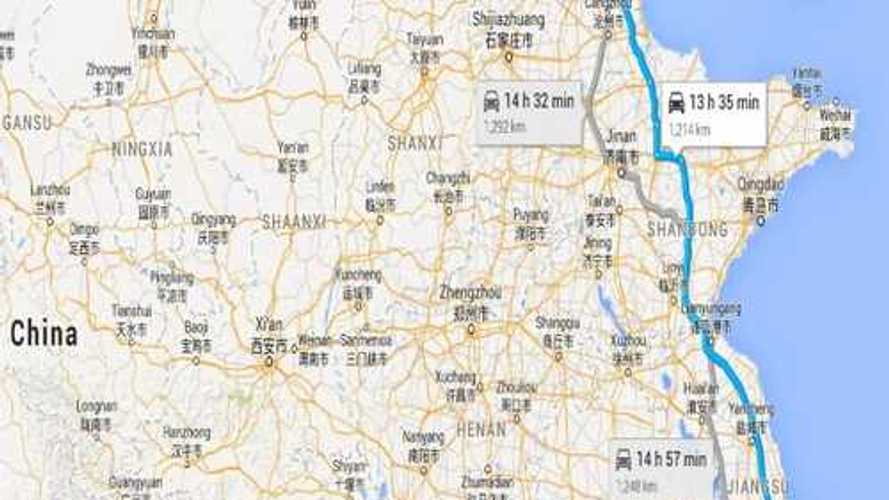 Note China Has Its Own fast Charge Standard

The route from Shanghai to Beijing has been electrified with the installation of 50 fast-charge stations:

"The construction of electric vehicle charging stations along the 1,262-km expressway that links Beijing and Shanghai finished..."

"Each of the stations has eight charging poles capable of fully charging an electric car in 30 minutes. All electric cars that meet Chinese standards can use the charging facilities."

This builds upon additional charging station installs accomplished by State Grid in 2014:

And there's more to come:

"The company aims to build charging station networks along eight major expressways with total length of 19,000 km in China by 2020."

Of note is that the Tesla Model S can not utilize any of these quick-charge stations, as the charging standards are different.