GM Head of Consumer Affairs James Bell: Chevy Bolt In Showrooms In 2016 - Video (Update: Or Not) 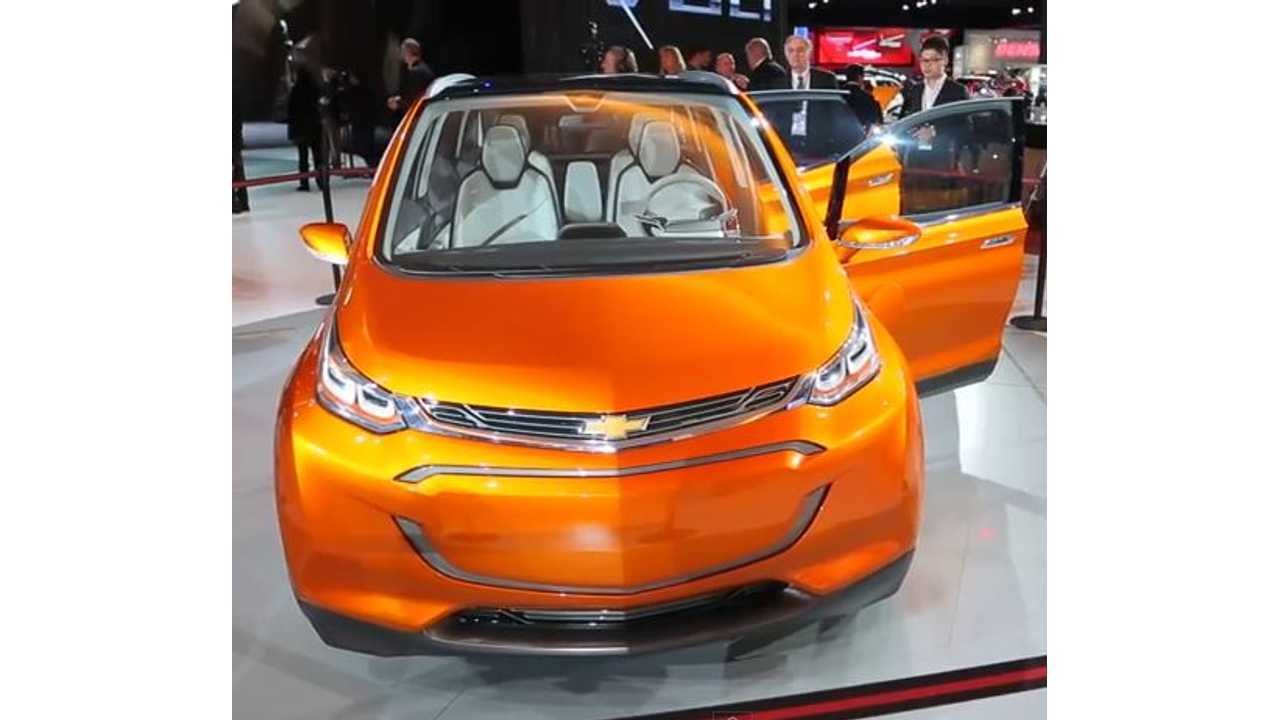 In the 75-second video above, Head of Consumer Affairs at General Motors, James Bell, discusses electric vehicles, including the Chevrolet Volt & the upcoming, now-confirmed-for-production Chevrolet Bolt.

In discussing the *Bolt, James Bell definitively states that it will be in showrooms in 2016!  This likely means sometime in late 2016 as a Model year 2017 offering and we doubt it will be available nationwide initially, though General Motors CEO Mary Barra has stated it will eventually rollout nationwide.  Price?  "About $30,000," according to Bell.

*Yes, that's Bolt with a B.  There's no way General Motors will stick with this confusing name.

Update:  We have been in contact with GM about the Bolt and this interview, and despite Mr. Bell's fairly clear statement on the matter, the company says they have no official position on the Bolt's production status and that the GM Head of Consumer Affairs was just at the end of a long day.

"The video, unfortunately is incorrect. James made a simple mistake after a long day of interviews. Chevrolet has not yet announced production of the Bolt EV – and while we’ve been impressed by the volume of positive feedback we’ve received since announcing the concept – we do not have any production announcements to make at this time."

In regards to the Volt, Bell basically says it was thoroughly reworked in an effort to address some problems.

Owners typically love their plug-ins. The  Volt is no exception.  But even with vehicles as exceptional as the Volt, there will always be a few quibbles.  However, it appears as that GM took care of most of those quibbles with the redesigned/refined 2016 Volt.

Searching for more info/details on the refined 2016 Volt? Click here

Would you consider purchasing the new Chevrolet Volt or the Chevrolet Bolt.  If so, why?  If not, then why not?