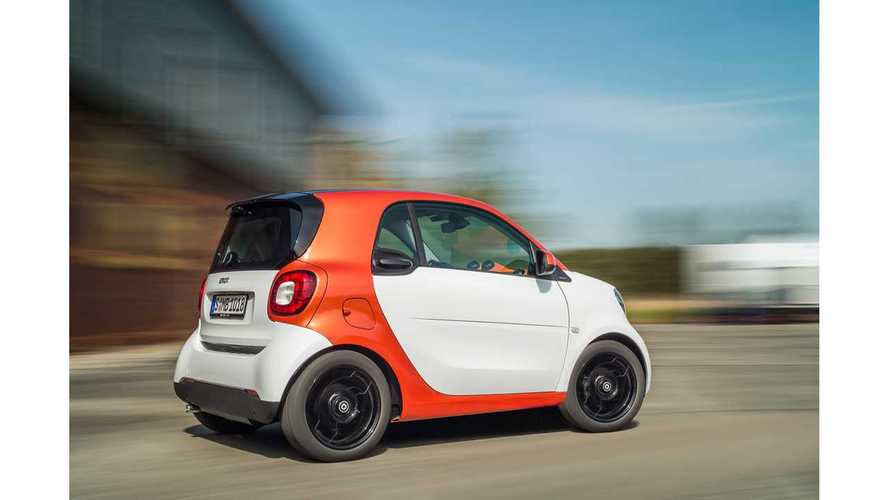 Unfortunately, we'll have to wait quite some time 'til the new Smart Fortwo arrives in electric form.

"The biggest thing to happen to the tiny Smart Fortwo in years is the redesign that we followed in the second half of 2014. While the internal combustion version of the new Fortwo will arrive in in the US later this year, we will have to wait "approximately a year after that" for the the EV version to come here."

Smart will continue to sell the current Fortwo electric alongside the all-new Fortwo ICE until late 2016 or even early 2017.

Why must we wait so long for the new Fortwo electric?  It's mostly due to Smart's limited resources.  The automaker can't bring to market several all-new cars at the same time, so first up is the ICE Fortwo, then work begins in earnest on electrifying it.

"We have other models we're working on down the road that are dedicated EVs."

Webster provided no additional details and his comment could apply to Daimler as a whole, not just to Smart.