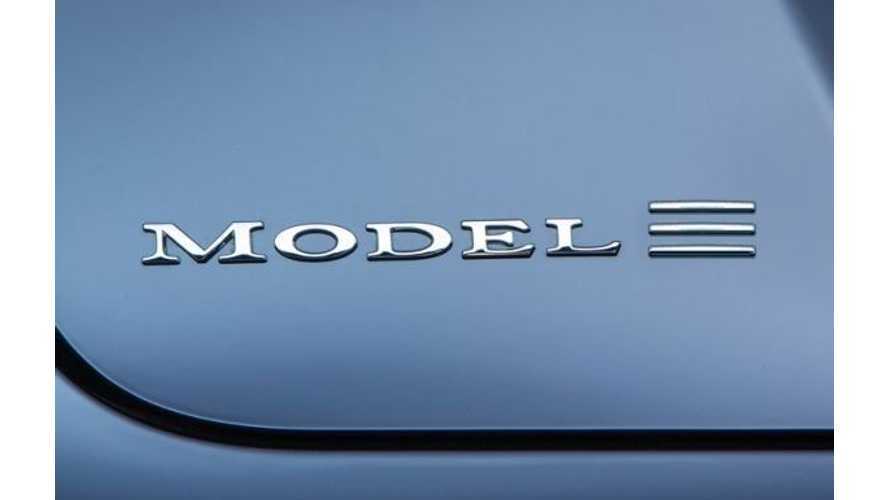 The BMW 3 Series looks to be getting some more competition. This time, though, it’ll be a completely new kind of competition – the electric kind.

Tesla’s CEO and Founder, the always entertaining Elon Musk, has officially announced the Tesla Model 3. Musk must mean business if he’s naming his new car after the 3 Series. Not set to come out for a while, as Tesla is still working on the Model X, the Model 3 should hit the 3 Series where it’s most vulnerable: its price.

*Editor's Note: This post present the opinions of BMWBLOG writer Nico DeMattia and appears on that site here.

That’s higher than the 3 Series until you factor in the federally mandated incentives for buying an electric car, which are $7,500. So take the $35,000 starting price, subtract $7,500 and you’re left with $27,500. That’s the price of a well-equipped VW GTI and the Model 3 is all electric, has more luxury features, will probably be faster and far more reliable. If Tesla can deliver on that price promise, the Model 3 will be an incredible deal.

The Model 3 will also, most likely, be fantastic. The Model S is one of the most incredible cars on the road and that was Musk’s first real shot at a production car (the Roadster doesn’t really count, was basically just an electrified Lotus). Being that he will have more experience after making both the Model S and X, the 3 should be phenomenal.

“ will be way different from any other car on the road,” says Musk. But, “in a way that’s really useful and just doesn’t feel like a weird-mobile.” said Musk.

He’s probably the only CEO in the world who can use the term “weird-mobile” and still be taken seriously. He also states that the Model 3 will be 20 percent smaller than the Model S and will come with most of the Model S’ features as standard. Which is impressive, given the Model S starts at twice the projected price of the Model 3.

I have no doubt Musk will deliver on his promise of an exceptional Model 3 and an exceptional price. He’s a determined man who lets nothing get in his way. He has his own space program, that says enough about his determination.

BMW better get ready for the Model 3 because Musk and Tesla mean business. If BMW wants to stay competitive when the Model 3 comes out, they better have some sort of hybrid, performance 3 Series, at least, up their sleeve.

Maybe put some i8-level technology in the 3 Series and then BMW would have something to fire back at Musk.