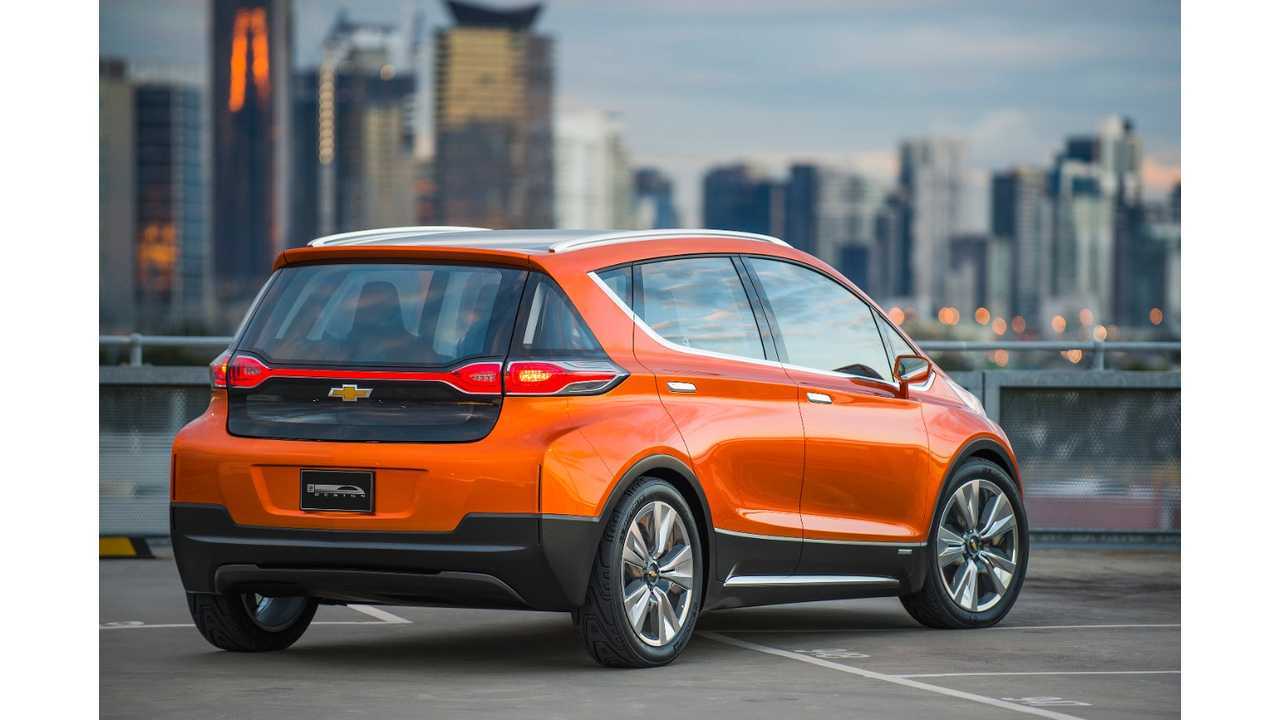 Chevrolet Bolt EV From Above - Official via GM

The recently unveiled Chevrolet Bolt EV concept car is - as it turns out - a joint project of GM Australia, GM Korea and GM North America.

GM Australia was responsible for the design of the Bolt EV and we believe that they placed it with a solid foundation for further more production-ready versions.

"Australian design and engineering has been showcased for a second time at the 2015 Detroit motor show, with the new Chevrolet Bolt EV concept crossover debuting just hours after the Buick Avenir show car.

The new Chevrolet Bolt EV concept was constructed in GM Australia’s design studio in Port Melbourne, with the Australian workshop one of only two in the world with the capability to bring such a project to reality."

"The shape of the Bolt allows it a roomy looking cabin, with a flat floor further enhancing the space. Interior treatments include slimline seats, a floating centre console, and a 10.0-inch touchscreen interface."

“We are a global design center and as such we have the talent and capability to lead, collaborate and support global programs for international markets such as this,”.

“The products revealed at the 2015 North American International Auto Show in Detroit clearly demonstrate our role within GM Design today and showcase the breath of talent we have here in Australia, enabling us to work on different vehicles for different brands in different countries.”

For us, the important finding is that GM Korea was involved in the Bolt EV project, which could mean that they're working on next-generation batteries to achieve 200 miles of range together with LG Chem.