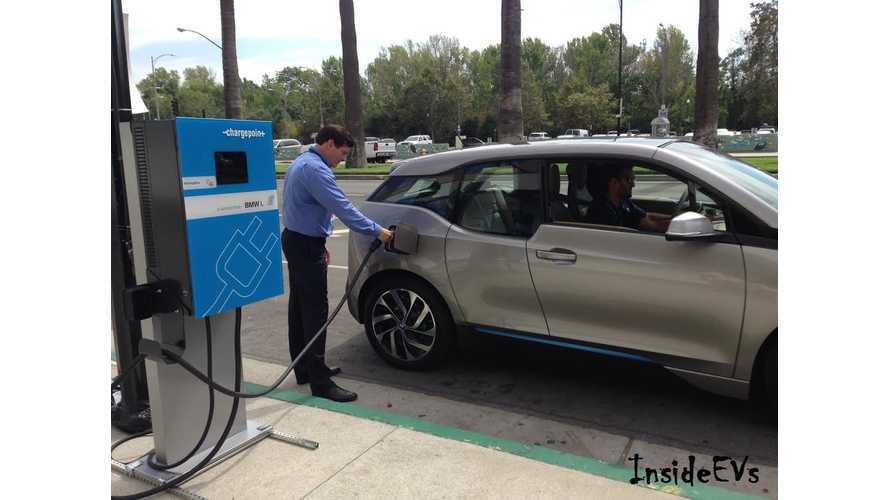 BMW i DC Wall Box, About A Fifth The Price Of A Traditional Fast Charger

At the 2015 Detroit Auto Show, BMW will formally unveil its master plan to fast-charge the U.S., but ahead of that official announcement we've got some details on the plan.

Jacob Hard, now-former head of electric vehicle sales and strategy for BMW of North America, told Auto Guide that “2015 is the year of infrastructure."

Translated, that means that 2015 is the year of the BMW-branded fast-charger infrastructure boom.

“In July we announced a game changing DC charger.”

“It’s size and convenience make it a game changer,” according to Harb.

Time to take a cheap shot at Tesla...

“I don’t think going to be happy with how quickly these things roll out,” states Harb.

Harb clearly has no clue as to Tesla's mission.  Tesla welcomes competition in the electric vehicle space because this increases EV awareness and adoption, so Harb's statement should've been:

“I think going to be happy with how quickly these things roll out.”

There's no word at this point in time as to the exact number of BMW-branded fast chargers that will be installed, nor are there any details where these chargers will be located (expect them at BMW i dealerships for sure).