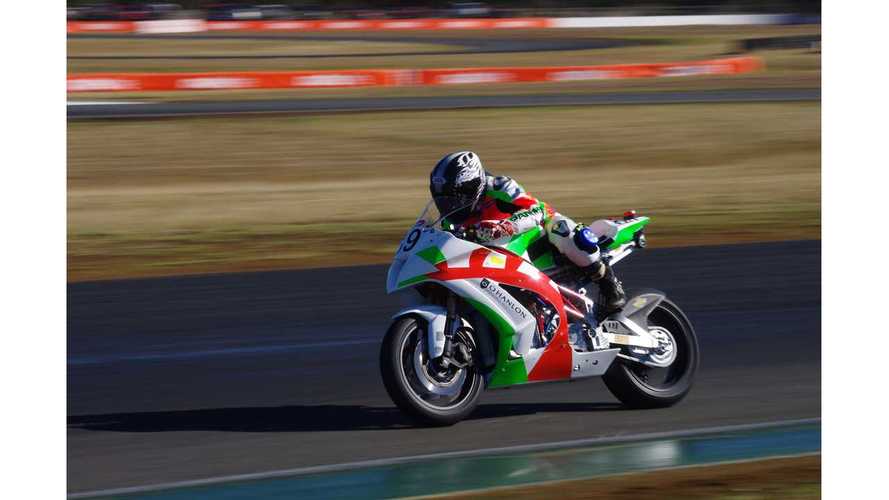 You're still with us? How are we doing? Maybe we've done our job and you're getting interested in taking one of these things for a test spin. Maybe you just want to start comparing the machines that are out there, or maybe, just maybe, you're thinking about pulling the trigger and bringing one home.

Let's take what we've learned and see how it translates to the armchair enthusiast's holy grail: the spec sheet.

We're just pulling the specs from the 2015 Zero SR page, for no other reason than they're clear and easy to read.  Pretty much everybody has the same set of specs, though they may be organized or stated a little differently. Also, Zero lists its two main options - the bike with the standard range pack, and the additional range option of the "Power Tank", which is helpful to illustrate how the pack affects the other metrics of the bike.

The motor specifications will generally tell you the type of motor (typically PMAC or PMDC, but check our motor story for complete information) and give you an indication of the power ratings.  Remember, these are electric motor ratings, as we discussed in our previous post, and they don't correspond well to the horsepower ratings you're used to.  Interestingly they're defying convention here and telling us the "peak" power ratings, presumably to cater to the traditional gas bike customer.  As we now know, that's not a particularly useful number.

What you're also seeing, that you may not see on a gas bike, are top speed and acceleration numbers.  We're guessing that's listed because it's a common concern, since EVs have a reputation for low top speeds and less-than-stellar acceleration.  Also, getting a reliable 0-60 time on an electric bike is a lot easier than a gas bike.  The rider simply pegs the throttle wide-open and points the bike.  No shifting, no reflexes and very repeatable, unlike a gas bike.

We're also learning the motor is air-cooled, is a "radial flux" design (fairly typical and contrasted with the more exotic "axial flux" design), is running high-temperature tolerant magnets and is brushless.  All of interest to the supreme geek, but not too important to your typical rider beyond what all that can deliver for performance.  One note, though.  Brushless motors are touted as better because they need no maintenance, as compared to brushed motors, which need their brushes replaced occasionally.  We've even read comments where people are put off by "having to replace brushes".  Really.  It's not an issue.  Brushes last a remarkably long time, in the first place.  We've been running a PMDC brushed motor for over 5 years, and have yet to need to replace the brushes.  In the second place, if you can replace a light bulb, you can replace brushes.  It's that easy, and it take just about that much time.

Most of the time we'll see some controller specs as well.  Beyond simply satisfying our curiosity, the type and spec of the controller is intimately related to the motor spec, and, to be honest, we can almost guess the controller by what is typically run with the particular motor.  On the Brammo Empulse spec page, for example, they list the make and model: Sevcon Gen 4 Size 6, but we knew that.

Moving down the list, we get to the "Power System", or the batteries.  The Zero we're showing gives you the option of adding another pack for more capacity - the Z-Force, which is another 2.5 kWh or so.  Your kWh rating is kilowatts (1000W) x hours, or an indication of the energy capacity of the pack.  The "Max capacity" is kind of an industry-standard rating: the maximum voltage multiplied by the battery manufacturer's indicated amp-hours.  It's not really a number you're going to hit, more a standardized benchmark for comparison to other products' "max capacity" figures.  The "Nominal capacity" is the one we pay the most attention to.  It's the average, normal capacity you can expect in day-to-day use.

Also, note the charging specs.  There you'll see the charging rates and estimates, keyed into the different pack capacities, and, noted, the percent of a full charge differences.  Again, this is kind of whitewashing, but what's going on is that the system tapers the charge down at the end, as we've discussed.  That list bit, from 80 or 95% to 100% can take an inordinately long time compared to the first bulk of the charging.  That said, it's a good number to see if you're just trying to get the bike home on a partial charge.

Here's where we see there's no transmission, no clutch, and the final drive is a belt.  The only bike you're going to see more information on in that area is the Brammo Empulse, which sports a 6-speed gearbox.  Of course, a belt needs less maintenance, no lube, no adjustment, and is quieter.  Chains are more adjustable (but then need more adjustment) are louder and need lubrication.  But everyone knows, they're more manly.

Note we said "estimates".  Your actual range is likely even more of an impossible guess than on a gas bike.  Add to that some serious lack of standardization in cross-manufacturer range claims and lengthy disclaimers, and you have numbers that you just can't really apply from one bike to another.  We judge range and capacity almost solely from the capacity of the battery pack.  If you have a similar machine, with a similar weight, and a larger or smaller pack, you're going to expect more or less range from those respective packs.

Note here, you're getting a separate warranty for your battery pack.  Seem strange?  Mostly it's to assure wary buyers that the pack will last, and at that, last beyond the life of the rest of the bike.

This "Economy" number is what you're going to use to justify your purchase to people at cocktail parties, your Mom, your significant other or maybe yourself.  It relates the amount of energy used to the cost of that energy if it was gas, compared to electricity.  It's a number we treat with bemused disregard.

There's all the other stuff that goes into a bike - components, suspension, dimensions, weight, all common to any motorcycle on the road.  The only one that's interesting from an EV point of view is watching how the pack size increases the weight.  Oh, and by the way...  remember, if you're comparing a gas bike to an electric, electrics don't have a distinction between "dry weight" and "wet weight".  Electricity doesn't weigh extra.

You may have picked up on a little different attitude with this series than you'll see in other parts of the InsideEVs world.  We're not talking too much about the sustainability, the savings, the whole "Green" aspect of this particular vehicle.  We're not looking at electric motorcycles in terms of the rational logic that supports them.  Sure, we suspect there is that aspect of it.  Heck, we're even pretty sure some people try to make that argument, but why don't we talk about it?

Because riding a motorcycle isn't a rational thing to do.

Riding motorcycles is fun.  It's thrilling.  It's invigorating, it makes us feel more alive.  Looking forward to jumping on the bike on a quiet Sunday morning and taking it through the local twisties is one of the things that gets us through the week.  ...as is looking forward to that more relaxed (but still invigorating) commute home every day, taking the long way, not to avoid traffic but to enjoy a great stretch of road. We're commuting on a bike not because it's a good commuter vehicle.  We're commuting on a bike because it's fun.  More funner than anything else, even.

and Eden Wetherell at Veggie Grill on Terry's 2015 Zero SR

Electric Motorcycle Primer “InsideEVs Style” – Part 1: The Ride ...where in we talk about why we're doing this in the first place. Because riding electric motorcycles is awesome.

Electric Motorcycle Primer “InsideEVs Style” – Part 2: The Drivetrain The bits and pieces, and how they're different, but also how they're the same as your gas bike.

Electric Motorcycle Primer “InsideEVs Style” – Part 3: Battery Care and Handling (the BMS) How a lithium battery pack is different than any battery you've ever owned.

Electric Motorcycle Primer “InsideEVs Style” – Part 4: The Rest ... the other funny stuff about an electric bike.

Electric Motorcycle Primer “InsideEVs Style” – Part 5: Reading the Specs Wrapping up, using what we've learned by reading the spec sheets (and actually knowing what they mean).