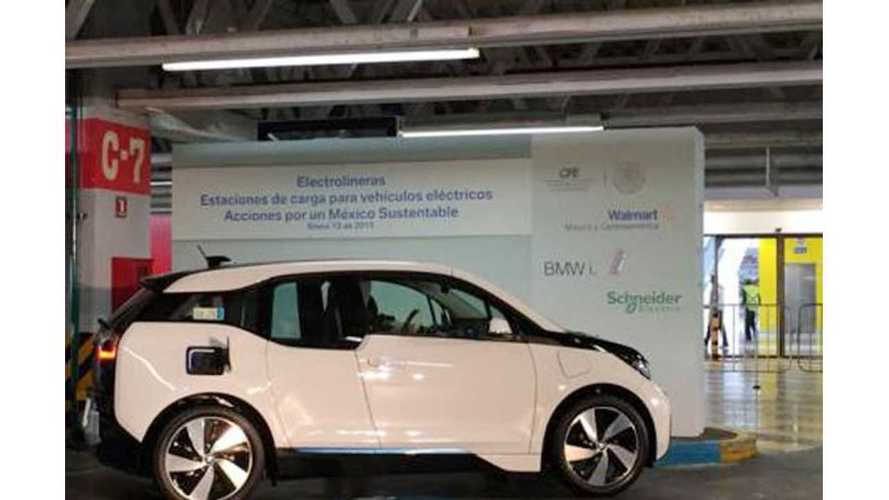 It's taken quite awhile, but finally Mexico has its first batch of public charging stations (previously, chargers in Mexico were limited to those supplied for fleets, such as Nissan LEAF taxis).

"The stations were installed through an alliance of three businesses and the Federal Electricity Commission (CFE): BMW Group provided the chargers, Schneider Electric carried out the electrical installation, Wal-Mart provided the space and the cost of the charges and CFE is supplying the power."

These first public charging stations are free to use and are located at popular Wal-Mart supercenters.

"They are the first of 30 such stations that are planned for the Valley of Mexico this year, said BMW’s marketing director Laura Crespo, whose firm had its i3 electric car on hand for a demonstration."

"The i3 and Nissan’s electric vehicle, the Leaf, became available in Mexico in 2014."

At this time, only approximately 200 electric cars are owner by private individuals in Mexico.