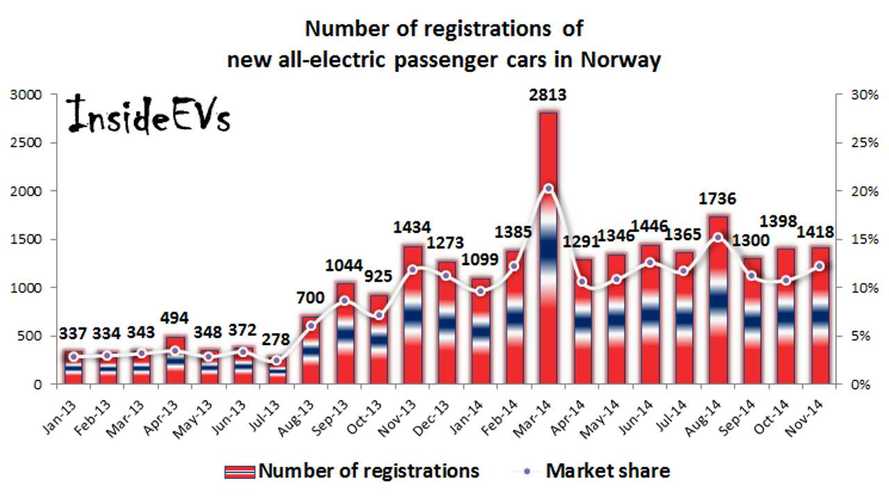 Norway all-electric car sales again landed at ~12% market share last month and there are no signs at this time of further growth.

12.3% for passenger cars is a slightly higher result than in October, however 1,418 units is below last year's 1,434. Higher share comes from a market that shrunk by almost 5%.

In Norway, there is a decently sized batch of imported BEV registrations - 296.

Nissan LEAF with 311 new registrations and 2.7% market share was the most popular model among BEVs and is third overall after 11 months with 4,428 units.

Tesla Model S captured 1.8% of the market thanks to 202 units (3,773 sold this year gives Tesla fifth place in model ranking).

Renault ZOE had a promising result of 102 registrations (very first time above 100) and has been on the growth curve for several months now.