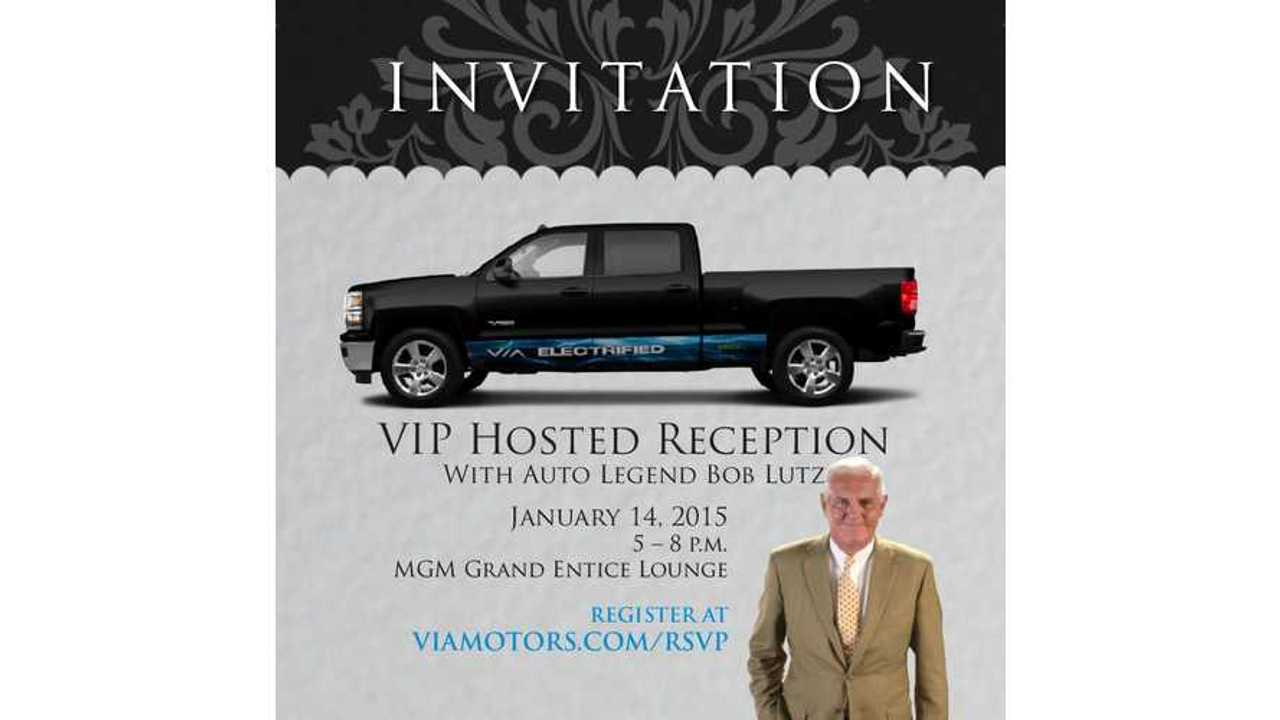 VIA Motors seems to have a real affinity for the NAIAS in Detroit, as they always put on a nice show.

This year, they also moved the party over to the MGM Grand to launch their plug-in hybrid pickup truck - the VTRUX, which is based on the new Chevrolet Silverado platform.

Via Motors billed the event, and their favorite personality on hand, as follows:

And over those drinks the former Vice Chairmen of General Motors made with some big information that we have been waiting for.

Mr. Lutz informs us that VIA will actually starting selling the 40 mile, extended range truck in February to fleets, and to the general public by the end of 2015.

VIA's website is still mum on the cost, but no one tells Bob to not speak, and he says that crew-cab VIA truck will cost about $65,000.

“The combination of VIA’s extended range electric technology, in the number one selling vehicle in America, the pickup truck, means electric vehicles are now headed for the mainstream, lead by VIA Motors. This is one of those historic events where yesterday’s vision is today’s reality."

VIA Says Of Their Exportable Power Outlets on The VTRUX: "120 and 240 volt outlets right on the rear of the truck provide easy access for work or emergency. Now you can plug your house into your truck in an emergency! The VTRUX power export module option provides 14.4 kW at 50 amps of onboard mobile power. A utility grade output module is planned for the future and will be designed to provide 50 kW of mobile emergency power to keep critical facilities online. "

Mr. Lutz added earlier at the NAIAS that Duke Energy, FedEx, PG&E and Verizon have already signed up with orders on the trucks.  Sun Country Highway has "agreed" to buy 1,000 trucks and bring them to Canada...although this reminds us a lot of the Project Better Place announcement of ordering 100,000 Fluence ZE's from Renault.  We order them if we can find buyers.

As for actual deliveries, we don't see VIA actually delivering a heck of a lot of trucks in 2015 as public orders don't open for the bulk of the year, but according to Bloomberg Mr. Lutz said VIA would be happy to sell 12,000 this year and expects VIA to sell 50,000 per year by 2018.