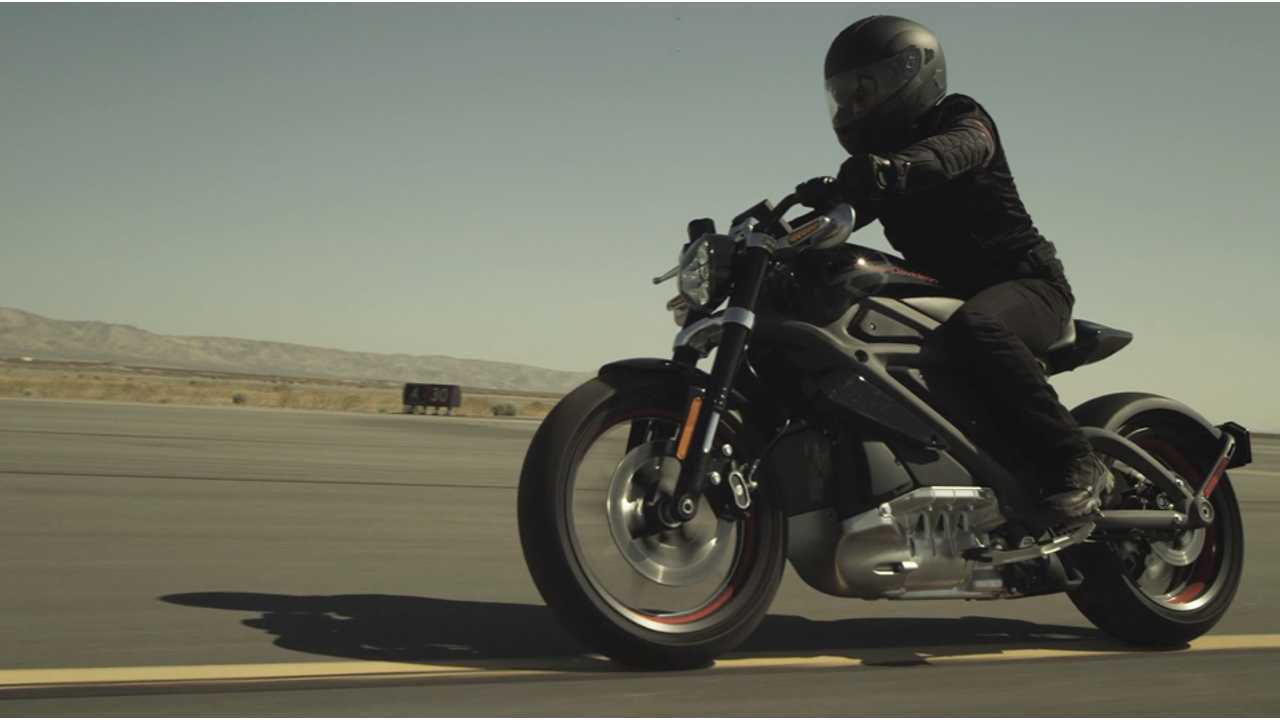 Finally, this is all starting to make sense.  With what seemed like a project designed to fail, Harley is still touring its concept bike LiveWire around the US and the world, ostensibly looking for feedback from its loyal fan base as well as those HD would like to become its loyal fan base - the younger market.

Read all about it in our previous review: Harley-Davidson LiveWire Review: The Jury Is In, but the bottom line is, in our humble opinions, Harley fielded an electric concept bike that fell woefully short of the performance levels of what anyone can buy "off the shelf" from Brammo and Zero.  Mediocre top speed and acceleration, and downright anemic range, coupled with styling that is just about as far from Harley Davidson standards of taste as anyone could imagine seemed to doom the concept bike to be a non-starter.  They said they were looking for feedback, but, as is common when you're framing a question, you're often framing the answer as well.

At the Wisconsin Sustainable Business Council's annual conference, via a story on the Milwaukee Wisconsin Journal Sentinel, we got some answers that make some sense from the Harley Davidson CEO, Matt Levatich as he spoke about Harley's green commitment, and almost parenthetically about the LiveWire strategy:

"The LiveWire will be ready for the marketplace when next-generation battery technologies are ready, and Levatich says Harley wanted to be part of that conversation."

"Battery researchers at Samsung and Johnson Controls working on advanced lithium energy storage chemistries wouldn't have taken Harley's views seriously if the company had not designed the LiveWire, he said."

As far as the bike design and customer response goes:

"The cycle delivers power and nimbleness in a quiet-riding package. Its range is 50 miles, but customers are looking for 100, Levatich said. If the electric bike were mass-produced today it would sell for 50% more than customers would want to pay, he said. "Harley hasn't said when LiveWire will go on sale. When it does, the product will be more of an urban motorcycle than the big open road bikes that take riders to the annual rally in Sturgis, S.D., he said."

Interesting.  Not to pick nits, but suppose the Livewire ran a pack that was on par with the Zero or Brammo, with a 100 mile range.  It seems to us that the folks at Samsung and Johnson would have a bit higher bar to reach, and would have had some motivation to leapfrog the current market.  And $50,000 for a bike that's about half what a Zero SR is today at $26,000 with the Power Tank and Quick Charge options? Seriously?  Half the bike for twice the money?  We're not sure even Harley Davidson could pull that off.

Well, we didn't say it made complete sense.  but it's a start.