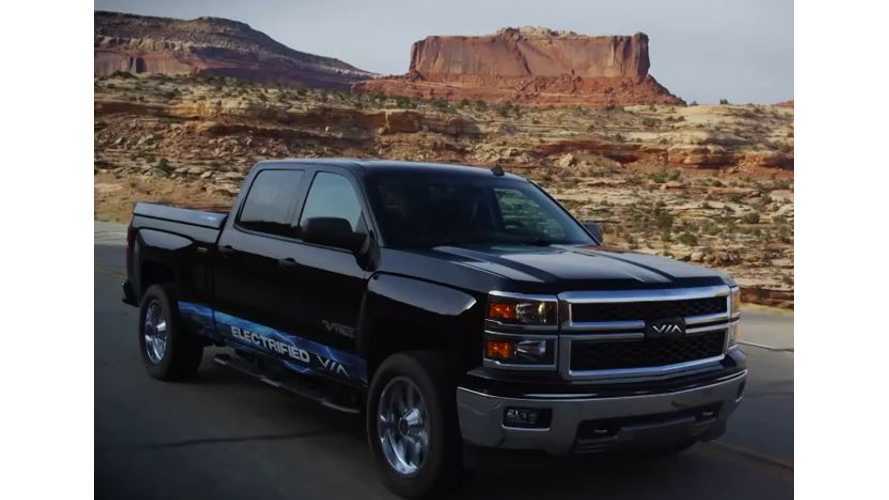 VIA Motors - The Time is Now from VIA Motors on Vimeo.

VIA claims that 2015 will be a breakout year for the automaker responsible for EREV conversions.

Notable for 2015 is the launch of the VIA EREV Chevrolet Silverado and sales to the general public of both its EREV van and the EREV Silverado truck.

Here's a highlight reel video of what VIA has in store for 2015.

Update (Thurs, June 19th - 2:07pm):  VIA Motors has contacted us to say they have pulled the YouTube video that was originally in this post (above) and offered the above replacement/updated version in its place.