A Tale Of Two Chevrolet Volts 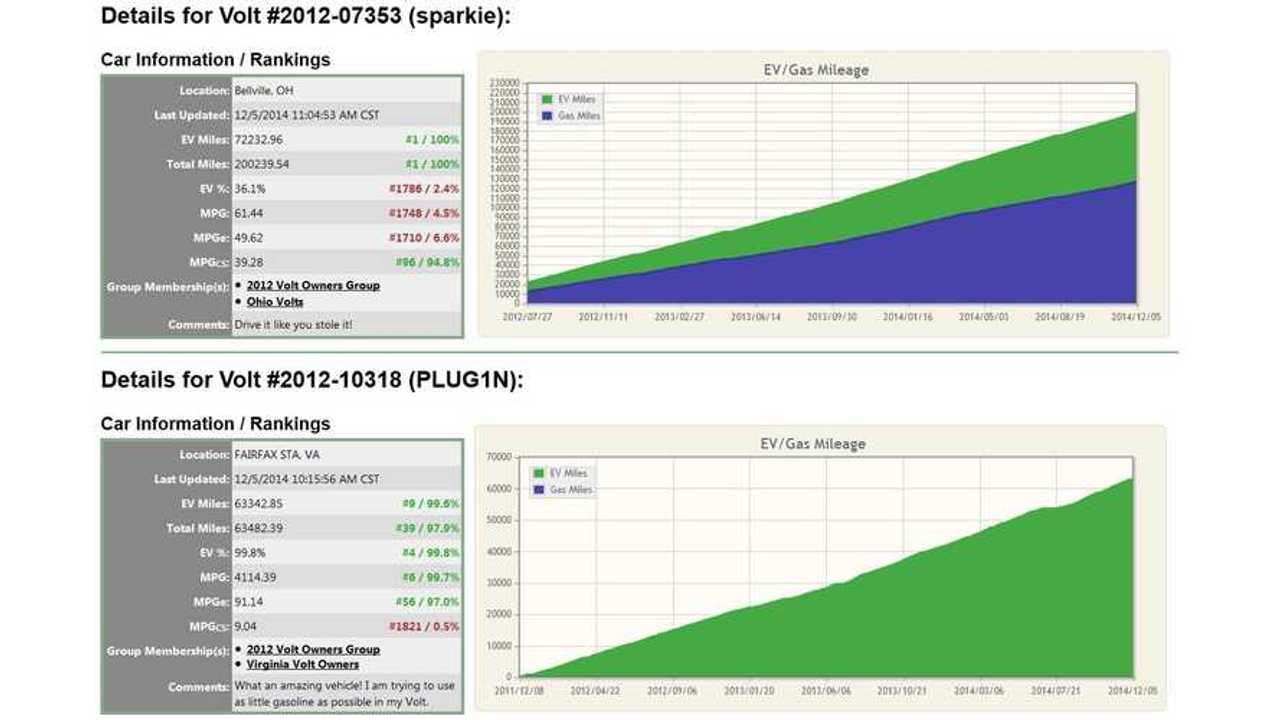 "Is it possible for two 2012 Volts to be driven in a more opposite manner? Erick Belmer exceeds his range twice a day. I have not exceeded my range since May 2012."

Colin's Volt nearly always operates in electric mode.  He actually holds the range record for most miles driven on a single charge.

Both Colin (occasional InsideEVs contributor) and Belmer have been featured here on InsideEVs, so we thought it fitting to compare the usage patterns of their two Volts.

"Neither of us have seen any range degradation in the HV battery with completely opposite driving styles."

Both of us find the Volt to be perfect for our needs. Granted we are on both sides of an extreme driving style."

"If it works for us, it must be perfect for people in the middle."

Which implies that the Chevy Volt is suitable for nearly everyone.  Ain't that the truth.

*You can check out Volt Stats for more details on Belmer’s Volt here (aka Sparkie) and you'll find info from Volt Stats on Colin's Volt (aka Plug1n) here.