As Of Today, There Are 1,868 Tesla Superchargers Worldwide 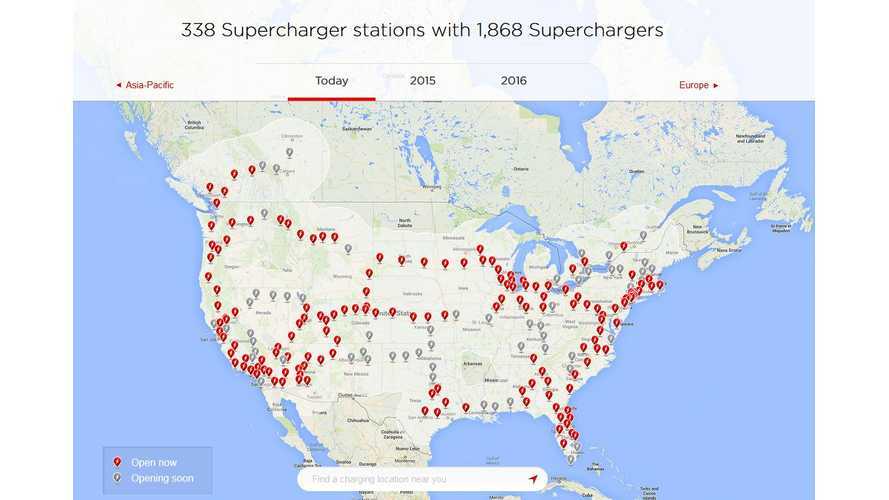 In updating its Supercharger website, Tesla Motors finally published a figure we've been seeking for some time now: total number of Supercharger stalls.

That works out to an average of 5.53 stalls per Supercharger.