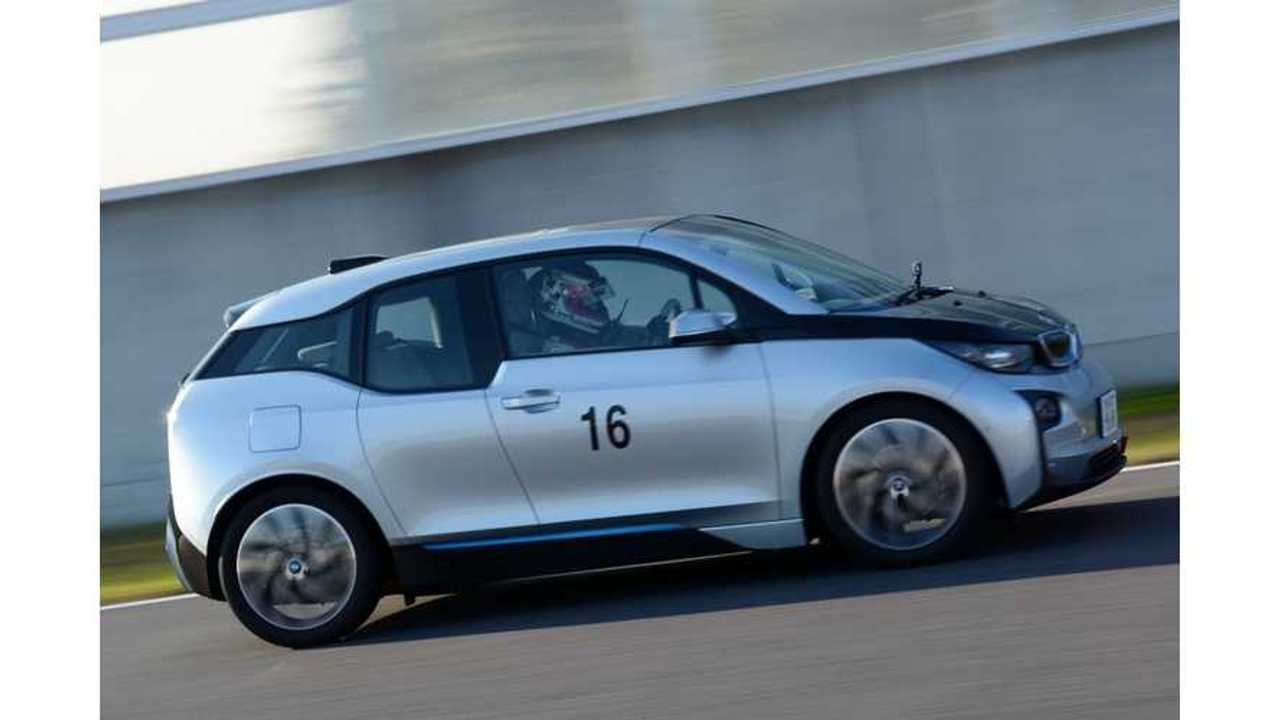 The last round of Japanese racing series saw serious competition as more than 20 cars joined the grid on the Sodegaura Forest Raceway in Chiba Prefecture in mid-November.

The core car of the series is the Nissan LEAF.  However, different production, prototype and conversion models could be spotted as well. This time, for the very first time, a few BMW i3 started on the grid (we believe non-REx version).

And as it turns out, a BMW i3 took third place!

Race winner was a Tesla Roadster followed by the converted FT86EV. An i3 joined those two cars to become the only three cars that ran the whole distance of 25 laps or some 38 miles (60 km).

All the rest (including the fastest Nissan LEAF in fourth) were at least lapped once. It's little strange as a LEAF had a better best lap time in the race and qualifications than the i3.