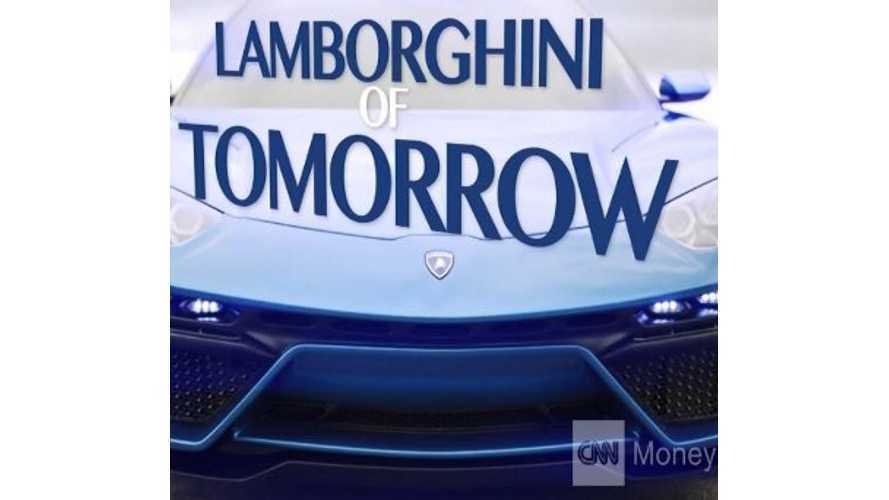 Lamborghini PHEV SUV In The Works

According to CNN Money, the plug-in hybrid concept Lamborghini Asterion LPI 910-4 could pave the way to a production-bound PHEV SUV wearing the Lamborghini badge.

"The Lamborghini Asterion plug-in hybrid concept car points the way to the automaker's electric future, but its CEO says that future will most likely look like an SUV, and not like this sleek coupe."

"Lamborghini CEO Stephan Winkelmann told CNNMoney that an SUV's tall body should easily be able to fit a powerful plug-in hybrid powertrain, and that's where we should expect to see the sort of technology currently found in the Asterion concept car."

"Lamborghini could soon have a good platform on which to put this technology. It plans to begin selling the Lamborghini Urus, a four-door gasoline-powered crossover SUV in two to three years. When the Urus goes on sale, it should quickly become Lamborghini's best-selling model, eclipsing the brand's two-seat sports cars."