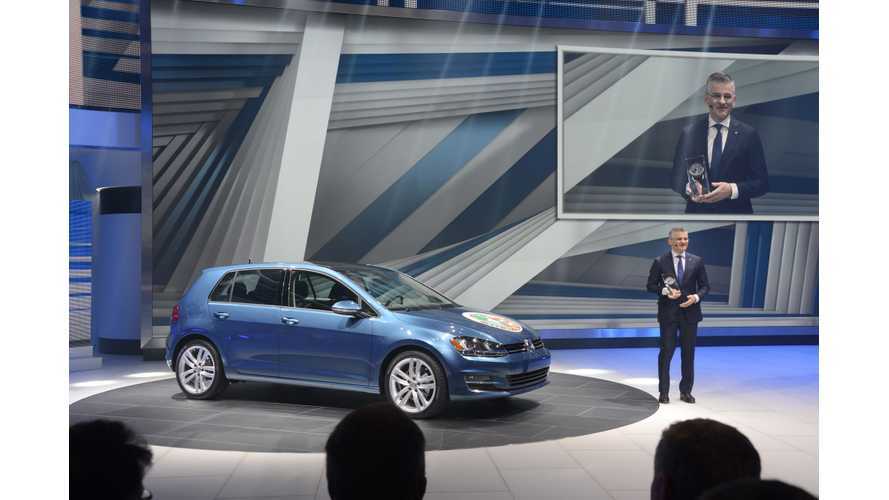 North American Car of the Year Award for the Volkswagen Golf

As e-Golf is one of the versions of Golf, the battery-electric is now considered to be North American Car of the Year too we suppose.

Golf won the most votes from fifty-seven automotive journalists from Canada and the United States.

"The awards – now in their 22nd year – are unique in the United States because instead of being given by a single media outlet they are awarded by an independent group of automotive journalists from the United States and Canada who represent magazines, television, radio, newspapers and web sites.

The awards are designed to recognize the most outstanding new vehicles of the year. These vehicles are benchmarks in their segments based on factors including innovation, comfort, design, safety, handling, driver satisfaction and value for the dollar.

The three car finalists were the Ford Mustang, Hyundai Genesis and Volkswagen Golf. The Golf had 256 points, the Mustang 204 and the Genesis 110. It was the second win for Volkswagen. The New Beetle won in 1999. The Golf was a finalist in 2010 but lost to the Ford Fusion Hybrid.