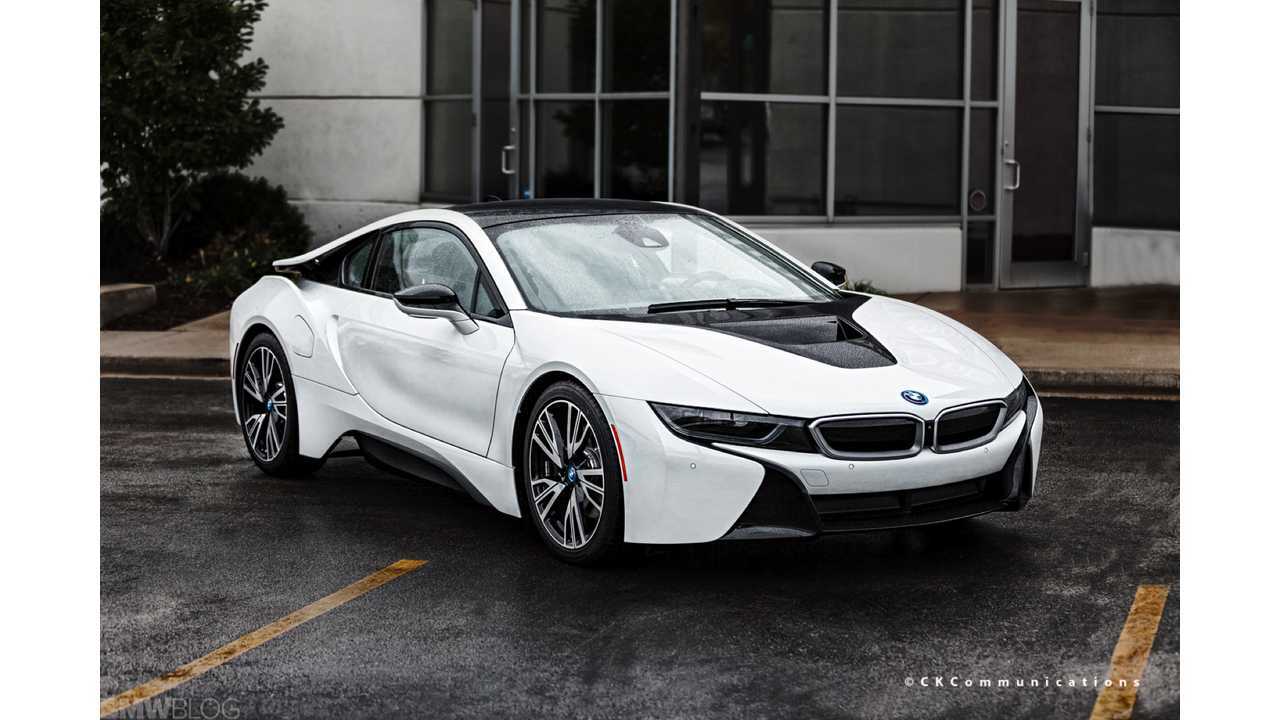 Only one plug-in vehicle landed on BBC Top Gear's top 15 cars of 2014, but what position it landed in is what's important: #1

In crowning a champ for 2014 Car Of The Year, Top Gear selected the BMW i8:

"The i8 is a milestone in the annals of automotive history and a glorious statement for an exciting and positive future. The i8 delivers - and then some."

"It's the kind of car we should celebrate, a beautiful vision of the future, delivered now. A car that tells us the future will be different, but still exciting. The i8 never places its technology in the way of simple enjoyment, and, despite the complexity of that mixed-media drivetrain, it's all so easy to use, so natural, so right. And it has flip-up doors. Nothing says excitement like a set of beetle-wing portals."