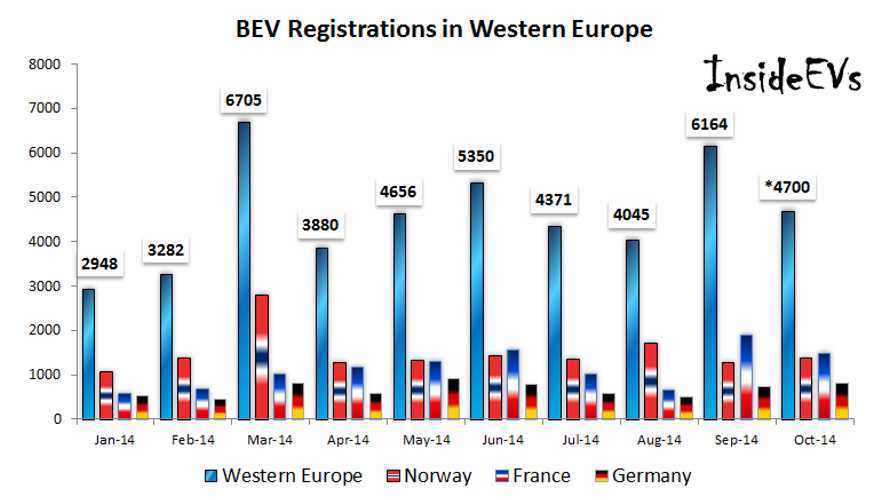 EagleAID this time didn't release the number of registrations of battery electric cars in Western Europe for October (in the open version of the report).  Instead, EagleAID limited its figures just to emphasize that the growth of registrations at 16.9% year-over-year is the lowest in 10 months.

"Electric car makers are having to confront the harsh truth that the hoped for consumer rush for their latest plug-in electric vehicles (PEV) has so far failed to materialise, and that some lateral thinking will be needed from now on to keep their newly built electric car assembly lines and battery plants running."

"West Europes market for genuine electric cars such as Nissans segment dominating Leaf, in October rose just 16.9 per cent from a year earlier."

Last year, registrations in October were at over 4,000 (no exact value released), so this year's number must stand at least at 4,700, which is fourth best sales result in Europe for 2014.

"Thats the way-and ahead slowest pace of advance this year, thus setting the stage for a spell of markedly lower than earlier expected growth expectations during the remaining two months of this year.

This is because Europes PEV market has not only failed to pick up pace, but when judged from latest underlying demand, of late growth has been slowing...more"