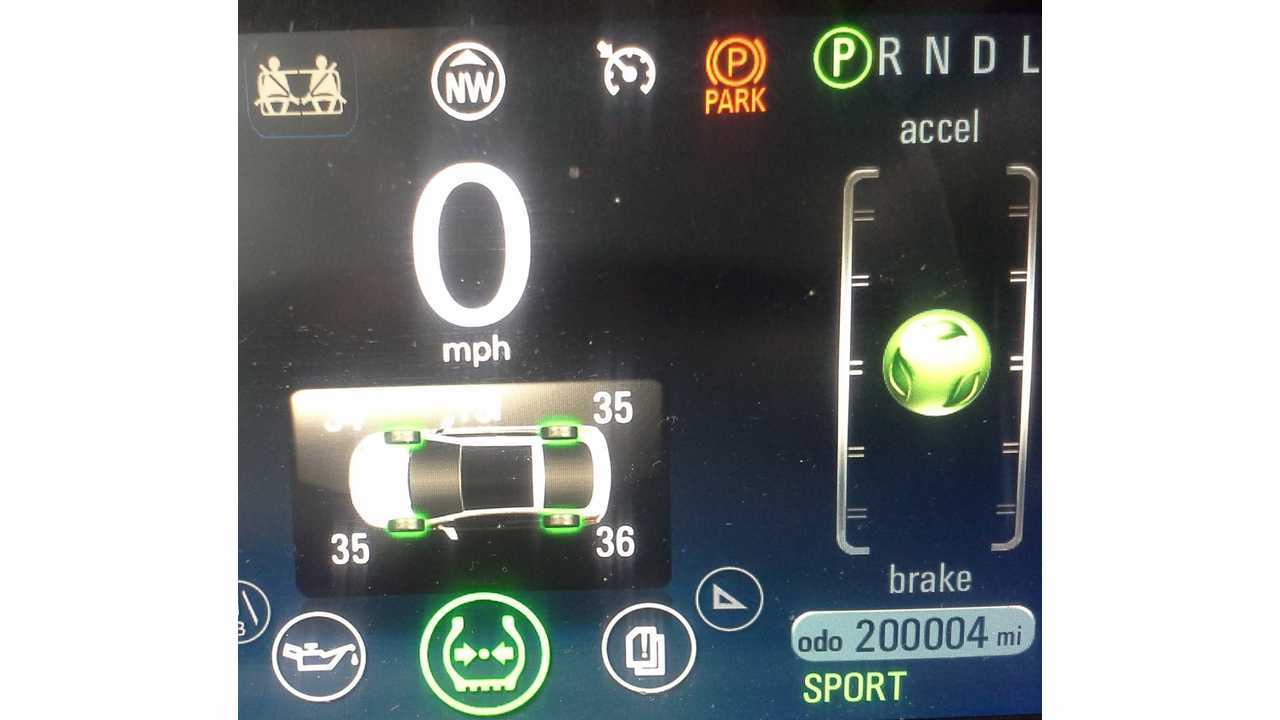 One year ago, InsideEVs reported on Erick Belmer, proud owner of a Chevy Volt.  Back then, the focus was on how Belmer's Volt had at least 20,000 miles more than the highest mileage LEAF in the U.S.

Four months later, we updated the Belmer story with a post on how his Volt was celebrating its second birthday with over 146,000 miles on the odometer.

Belmer is once again featured here for a world's first: 200,000 miles on a Chevy Volt.

Erick Belmer is the proud owner of a 2012 Volt,

As Belmer tells InsideEVs, the Volt was purchased on March 28, 2012.  Since then, it’s seen a daily commute of 220 miles there and back, with a single longest trip of 430 miles in a day.

Oil changes come every 38,000 miles and tire rotations every 10,000 miles.  That’s basically all the maintenance that’s been required on Belmer’s Volt.

Now onto Belmer's 200,000-mile achievement. Belmer drives too much, so getting in touch with him isn't exactly easy.  However, Belmer has this to say of the condition of his Volt today:

"Volt is holding up flawlessly! No noticeable battery capacity loss. Used 9.7 kw because it's a 2012. I am so pleased with this vehicle!"

"The Volt was always my dream car! To get to drive it everyday is a dream come true! This car is Wonderfully engineered!">

Our congrats go out to Erick and to the General Motors crew responsible for the Chevy Volt.

You can check out Volt Stats for more details on Belmer's Volt (aka Sparkie).