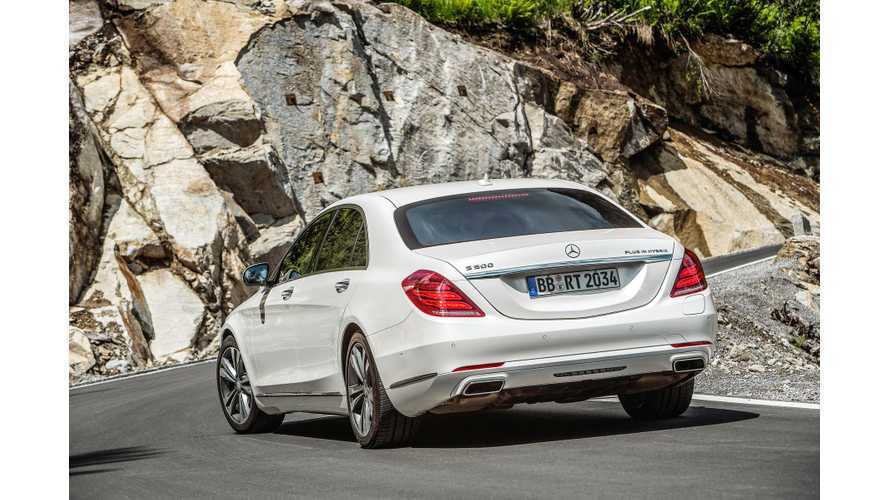 Hitachi Automotive Systems boasted that the Mercedes-Benz S500 & S550 Plug-In Hybrids are equipped with its power electronics like DC/DC converters and inverters.

Those are third generation units, which are more compact, higher output compared to previous generation thanks to double side cooling of the power modules. As we know, heat is one of the worst enemies of electric devices.

Hitachi doesn't present any specification and states only that the inverters are 40% smaller, while the DC/DC converter peak efficiency stands at 94%.

"For reducing the size and increasing the power output of an inverter, it is essential to boost the heat dissipation performance of the power module, which integrates numerous high heat emitting power semiconductors. In second generation products, heat dissipation was improved by developing a directly water cooled power module that did away with the thermal grease that tended to impede heat radiation. In third generation products, the ability to eliminate heat was further improved by developing a direct double-sided cooling power module that involved switching from the conventional semiconductor one-side cooling structure to a structure for cooling both major semiconductor surfaces. The newly developed power module achieves a 35% improvement in heat dissipation performance over the second generation module by utilizing a proprietary cooling structure that immerses the module in cold water. And it reduces size and increases power output by around 40%. A DC/DC converter that achieves a maximum efficiency of 94% was realized by installing a proprietary active clamp circuit, in combination with a high heat emitting transformer and a low loss, high heat dissipation choke coil structure."