Mercedes-Benz Head Of Development: Automaker Will Launch 10 New PHEVs By 2017 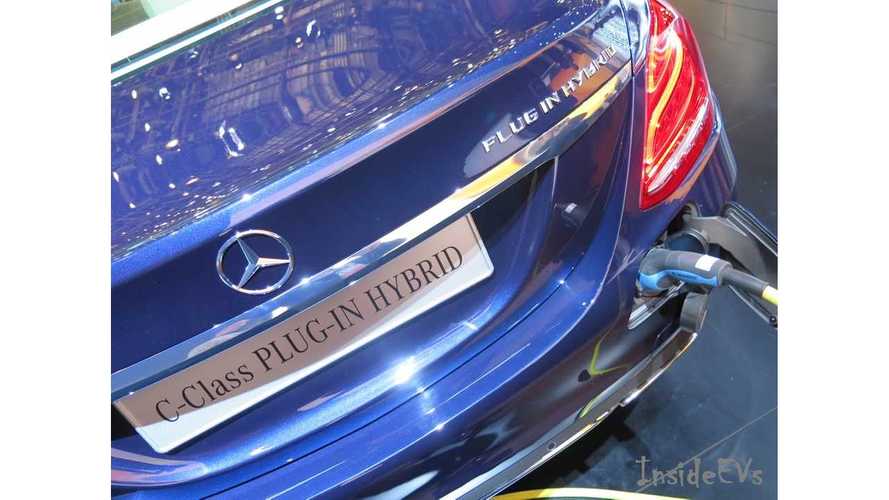 At the 2015 NAIAS, Mercedes-Benz made a big splash in the plug-in world by showing off three EVs: B-Class Electric Drive, S-Class PHEV and world debut of C-Class PHEV.

In addition to the vehicles on display, M-B made it known that its commitment to plug-ins is huge.  Mercedes-Benz' head of research and development, Thomas Weber, stated:

"The plug-in hybrid is an investment in the future of Mercedes-Benz and we believe it will become established as the successful technology for maximum efficiency coupled with powerful dynamic performance. We will be launching ten new plug-in hybrid models up to 2017."

Here are a few details on the C-Class plug-in hybrid displayed at the 2015 NAIAS (more details/live images in a dedicated C-Class PHEV article coming soon):

The all-electric range is 31 kilometers (19 miles); fuel consumption figures is 2.1 liters of fuel per 100 kilometers both versions. This corresponds to CO2 emissions of 48 grams (49 grams for the wagon) per kilometer. Both models are also equipped as standard with AIRMATIC air suspension plus a Pre-Entry Climate Control system that can be controlled via the internet. The C 350 PLUG-IN HYBRID will be at dealerships from March 2015.