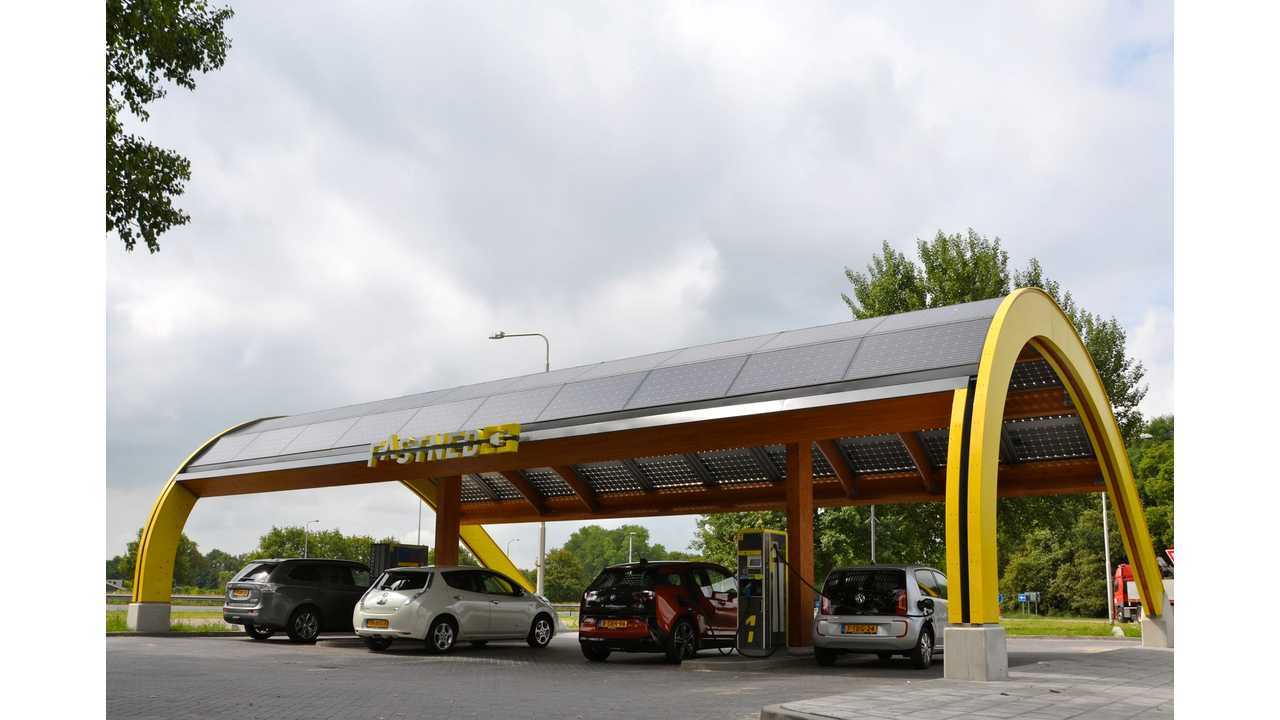 This project is focused on creating corridors - see illustration on the right for Germany where, as well as in the Netherlands, a company called Fastned will build 67 and 30 stations respectively. For this part, Fastned will get €2 million.

Currently, Fastned hase 19 charging stations in the Netherlands under its own commercial project.

Installation in Denmark (23) and Sweden (35) will be done by other partners, however chargers itself probably everywhere will be supplied by ABB:

"The subsidy is funded by the European Union via the “Trans-European Transport Networks (TEN-T)” program. The total subsidy to the ‘ELECTRIC’ consortium amounts to EUR 4.2 million of which EUR 2 million is allocated to Fastned. Other members of the consortium are CLEVER A / S from Denmark, Öresundskraft AB from Sweden, VDE Prüf-und Zertifizierungsinstitut GmbH from Germany and the International ABB concern."

Guys from CLEVER in Denmark seems to be busy deploying ABB chargers here and there: