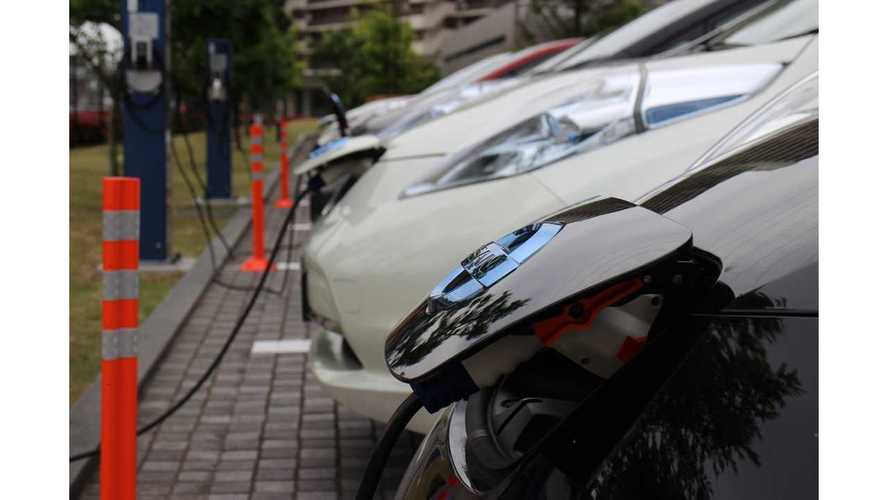 In November, Nissan CEO Ghosn Confirms Range Of The LEAF Is Going To Double In A Few Years (via Tokyo’s Business News Channel)

Last month Nissan set a record for most plug-in vehicles sold in a calendar year in the United States, this month they further improved on that number by delivering a further 2,687 LEAFs in November.

Novembers result represented a 34% improvement over the 2,003 EVs sold a year ago.  This also marks the 22nd consecutive month that the Nissan LEAF has set a new personal monthly record for itself - pretty not too shabby.

Toby Perry, Nissan's EV marketing guy had this to say on November's result:

“Our ‘Kick Gas’ ad campaign and ‘No Charge to Charge’ launch in Chicago and Atlanta drove an increase in November LEAF sales. Even with gas prices falling across the country, consumers appreciate that the cost of driving a Nissan LEAF is still a fraction of that of a gas-powered car.”

In October, Nissan Surpassed A 25% Share Of The Plug-In Market In The US (*does not include Tesla Roadster, Fisker Karma, and small non-retail offerings)

And although another two new plug-ins came onto the market in October (Kia Soul EV, VW e-Golf), and another in November (Porsche Cayenne S e-Hybrid from $76,400), the LEAF continues to not only hold onto its piece of the sales pie, but has steadily increased it throughout 2014 - now cresting 25% for the first time in the last 3 years.

Other points of interest this month for the Nissan LEAF:

On the production front, by our count Nissan once again managed to make just slightly more LEAFs than they sold in America, and inventories pushed past the 5,000 mark for the first time in...well, forever.

Looking ahead we are hopeful that Nissan will not only show off its all-electric van, the e-NV200 (based on the LEAF platform) at the NAIAS in January, but announce its pending arrival to the United States.