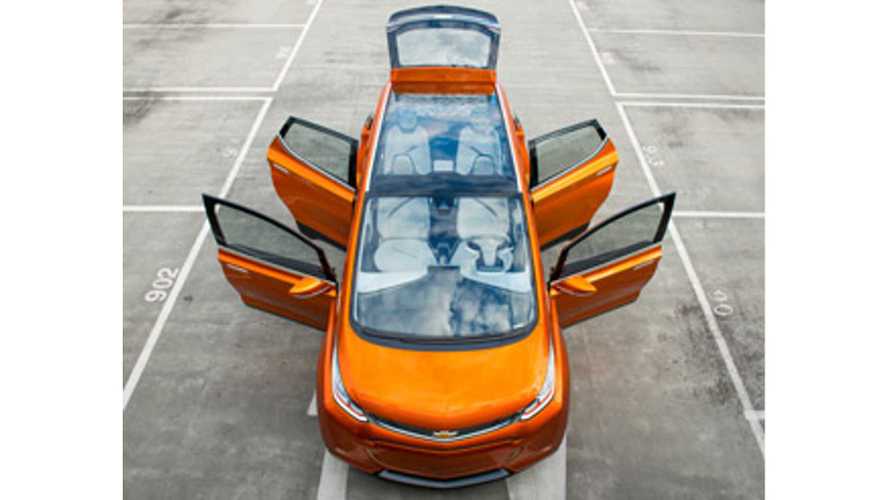 A 200-mile electric car for the masses, at around a $35,000 price point, I’m sure you’ve heard the hype around that promise from a company called Tesla.

However,...it’s Chevy that did it, not Tesla.

The world now has a 200-mile EV for $30,000 (after tax incentives). It's a real car (concept) shown at a major auto show except surprisingly, it has a Chevy badge, not a Tesla badge.

It exists as the Chevrolet Bolt in close to final form and is being demonstrated to the world with the heritage and reputation of GM standing behind the statements and the car.

The Chevy Bolt may or may not make it to market with 200 miles of range, but I suspect GM's real target here is the deflation of Musk's Tesla Model hype balloon.  It gets to be serious competition for Tesla from this point forward as the automaker marches towards a high-volume production car.

It will be interesting to see what happens to Tesla stock in the next few days and weeks. A significant portion of the stock valuation is based not on the current lower volume models such as the Model S or Model X, but rather on the promise of a much higher volume 200-mile, $35,000 Tesla Model 3

Heretofore, many investors and EV enthusiast thought that only the genius of Elon Musk and Tesla could produce and bring forward into this world...such a car.

GM now has an affordable and darn attractive 200-mile EV and the automaker has the motive and means to produce loads of them. The Tesla Model 3 exists so far only as a press release and in the wonderfully captivating oratories of Elon Musk.

BMW gets design kudos here as well, as the Chevy Bolt drives much of its outward appearance from the BMW i3. I would have guessed it to be the BMW i5 if this car had rolled down the isle with badging from BMW. You know what they say about imitation!

A coup d'état has just happened in the automotive world.

Bravo Tesla, Nissan and BMW for getting us to this point in the pure EV world.

Now, it's a race to the future from this point on for all manufactures, and that race has just been joined in a big way by General Motors.

Let the race to millions of EVs begin.